HotFridayTalks
Home Culture Here’s Why The People Of Denmark Are So Happy! 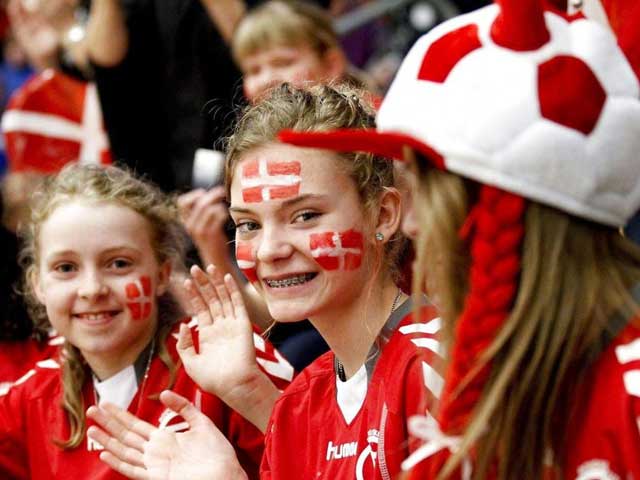 ‘Hygge’ made its entry into Oxford Advanced Learners’ Dictionary last year, before that Collins English Dictionary named ‘hygge’ the runner-up as word of the year in the UK in 2016 – it lost to the eventual winner, ‘Brexit’. But what is this word which sounds like an anthropomorphic cat’s name in a cartoon series, all about? Hygge, actually pronounced as ‘hughae’, is a noun, adjective or verb and it can be attributed to events and places too. According to the new World Happiness Report, Denmark is among the top three happiest of 155 countries. This country has been in this top position for seven consecutive years. People of Denmark believe that hygge, their cultural construct, is responsible for their being happy.

Hygge is a Danish word which stands for coziness or comfort or feelings of wellness and contentment. Sometimes hygge is ‘intentional intimacy’. Research has revealed that in Denmark hygge is integral to people’s sense of well-being. Hygge safeguards people against stress and it helps in creating a space to build a friendship. In a highly individualized country like Denmark, hygge is seen as a thing that promotes impartiality and strengthens trust.Hygge has been into the Danish cultural psyche and culture.

How is it possible for the Danes to look at their lives more positively and be ‘hyggelige’? The Danes have a stable government, the level of corruption is low in the country and all Danes have access to high-quality education and health care. Though the Danes have to pay the highest taxes in the world, most of them pay their taxes happily since they believe higher taxes can create a better society.

The US is also a country which values individualism high, but in the happiness index it lags behind Denmark because there is no real cultural equivalent of hygge there. Even though US’ GDP has been rising and unemployment rates have been declining, levels of happiness in the US have been steadily decreasing. While inequality continues to be an issue there is also been a noticeable decrease in interpersonal trust and trust in institutions like the government as well as the media in the US. More than income, having someone to rely on in a time of need does matter and around 95 percent of Danes believe they have that ‘someone’.

Hygge has also become a bit of a global phenomenon – there are more than 900 titles available on hygge on Amazon. So, at its core, hygge is about building intimacy and trust with others. The ‘others’ include the government, institutions, media and the people in our immediate living environment.Hygge may sound sheer Utopian and a thing of fantasy in the Indian context, but we can work towards achieving it. If we can’t change the way our government and institutions work we can improve interpersonal relationships and make them more trustworthy. A get-together of friends, informal parties with neighbors and being considerate towards every person we come across can make us ‘hyggelige’ and we can move towards our collective ‘acche din’ with the help of hygge.

Read Also: Is Cricket No More A ‘Gentleman’s Game’?