HotFridayTalks
Home Culture Here’s How To Kiss And Let The World Know! 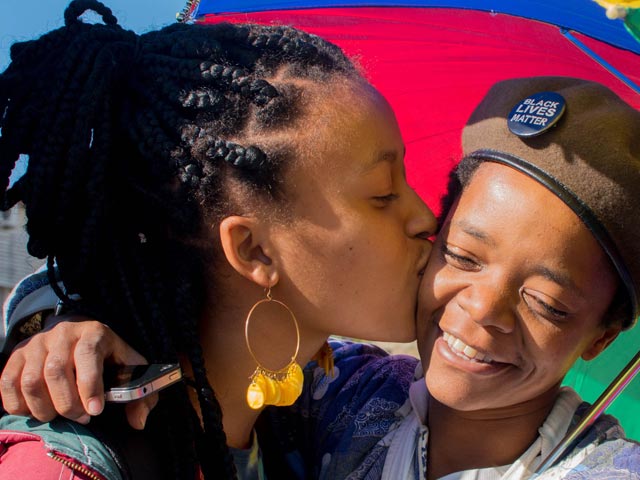 Combat hate and violence with love, right? This is the mantra that millennials live by. Love anyone and everyone, irrespective of gender, race, caste, creed, religion. And what better way to slow down the propagators of hate than via peaceful methods and actions?

Peaceful methods took a new form when two Italian women photobombed a selfie with Italian deputy Prime Minister Matteo Salvini who is a known right-wing politician with a decidedly anti-LGBTQ approach who does not shy away from making anti-LGBTQ speeches, by dab-smack kissing each other right in the middle of it?!

Gaia and Matilde the two brave women in question attended the rally at Caltanissetta in Sicily where a candidate from Salvini’s party was campaigning to become mayor of the area in the guise of fellow party supporters and did just the unexpected. Imagine the surprise on the face of the Deputy Prime Minister when the very thing he has been campaigning against happens and that too in something as mundane as a selfie?!

It must be observed that certain national parties might have objected to the demonstration here as ‘anti-national’, but considering Italy is a first world country, people do tend to listen to the speaker first before forming opinions. Maybe, a few other countries and their leaders closer home should begin to follow their lead, as it might help take them a long way ahead in the game of politics as well.

Millennials are really taking the whole peaceful protests and demonstrations up a notch, aren’t they? And the LGBTQ community surely does applaud the courage and quick-wittedness of the women in question. They have made their stance clear and how!

the two Sicilian women who pretended to want a selfie with italian minister of interior (and leader of xenophobic and homophobic right wing party nothern league) Matteo Salvini at a convention and then proceeded to kiss each other are braver than any us marine. pic.twitter.com/foeaRShcPb

People on the internet were quick to sit up and take notice! Many commended the girls on their bravery by having the guts to put forth their opinion in such a direct yet peaceful form of communication. Others compared their bravery and did not find them any lacking as compared to the US Navy SEALS.

However, credit must be given to Salvini as well for he shared the photo on social media with the caption ‘Greetings, peace and good sisters’ instead of making a big deal about it. People all over the internet believes that he had no choice but to accept the scene as a bid to be seen as more accommodating and it has practically become common census.