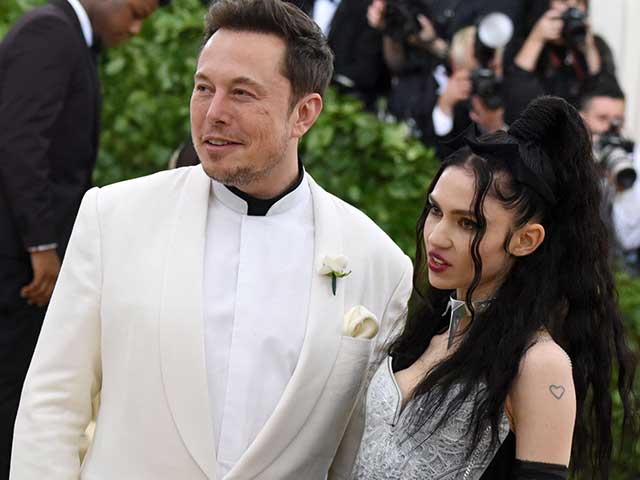 They say matches are made in heaven. But they could be made in nerdy chat rooms. Especially, if you are Elon Musk, then going the conventional way would not be your style.

Musk and hip musician Grime connected over a nerdy joke and have been quietly dating for a month, and they made their relationship public at the Met Gala red Carpet. Where wardrobe is an important part of the event, Grime even wore a Tesla logo collar on her dress. If that is not cute in a nerdy way, what is.

To those who don’t know who Grimes is, she shot to fame in 2012 with her third studio album, “Visions,” and also put out the critically acclaimed “Art Angels” in 2015. She was a double major in psychology and philosophy, with minors in Russian and electro-acoustic before she dropped out of school to follow her music career. Musk has been very public in his past fandom for Grimes, whose real name is Claire Boucher.

Apparently, the two met online after they thought of the same joke concerning Roko’s Basilisk, the thought experiment dealing with a theoretical artificial intelligence uprising. Musk’s joke was to merge this thought experiment with a pun using ‘Rococo,’ referring to the ornate French 18th century baroque style, perhaps pointing out that both concepts are complex, too extreme and ridiculous. And they found love, when Musk realised that Grime had already incorporated the pun in a music video ‘Flesh Without Blood’ three years ago.

It does not come as a surprise that a man who spends time in constant innovation, would find love on Twitter. After all, it has the shortest capacity of characters. Unlike longs peons on love and romance possible in WordPress or Facebook, brevity is a superpower on Twitter.

Musk is well known for warning of an AI apocalypse, calling it more dangerous than nukes. And when he joked about it using a clever wordplay, Grimes acknowledged that probably someone had finally understood her song after three years.

Just last week they had another online in-joke. After Musk tweeted a video created from long-exposure photos of a comet, Grimes said “that’s a lot of cocaine,” to which he responded, “Yeah, most people don’t know this, but comets are mostly made of cocaine.”

So, while we mortals live and love on Tinder and WhatsApp, the nerdy couple has fun with words. If you think you are nerdy enough, try Twitter for love.

Read Also: Elon Musk Shows He Is Serious About Being Boring