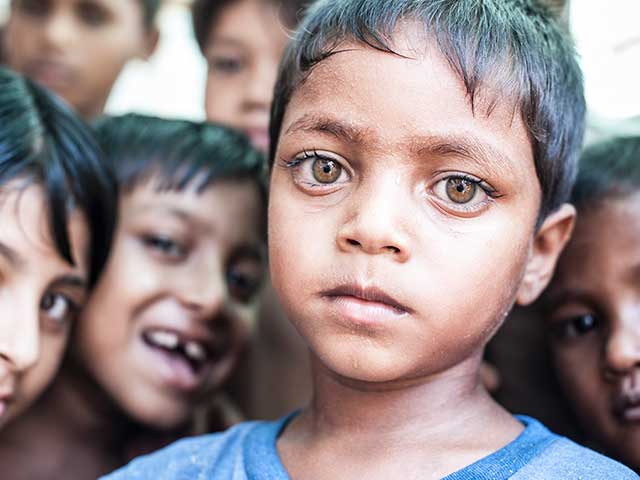 As many as 3,40,000 Rohingya Muslim children are living in squalid camps without enough food and water. United Nations International Children’s Fund also informed that many of the children are traumatised by brutal acts by Myanmar soldiers.

Hundreds of thousands of Rohingya people have been forced to leave their villages, after the Army launched a crackdown on the Muslim minority. UNICEF’s report claims that over 12,000 children are arriving in Bangladesh every week and are forced to settle in dirty shelters that pose a high risk of water-borne diseases.

Médecins Sans Frontières says dozens of Rohingya girls have been given medical and psychological support at its Kutupalong health facility’s sexual and reproductive health unit – a specialist clinic for survivors of sexual assault based in the largest refugee camp in Cox’s Bazar.

In any international crisis, it is always the children who suffer the most. They are snatched away from their childhood, and in the turbulence of war with no fault and little understanding.

The Rakhine state in Myanmar has long been a sight for ethnic cleansing. The world stands divided on the issue, with some boycotting Myanmar for human rights violations, and some holding a stand against the influx of refugees into their states.

There are approximately 40,000 illegal immigrant Rohingyas in India, who have come via Bangladesh. The problem is causing concerns of security and limited resources. So the government is planning their deportation.

But the problem has taken on darker hues when for the first time cases of molestation and the inhuman situations which face the Rohingya children comes to light. We hope the multilateral and international organisations like the UN and the media can take on a larger role in this crisis to atleast protect the children.

Here Is Why The Chinese Grow Billions Of Cockroaches