HotFridayTalks
Home Culture Have You Heard Of The People’s Restaurant In Kerala? 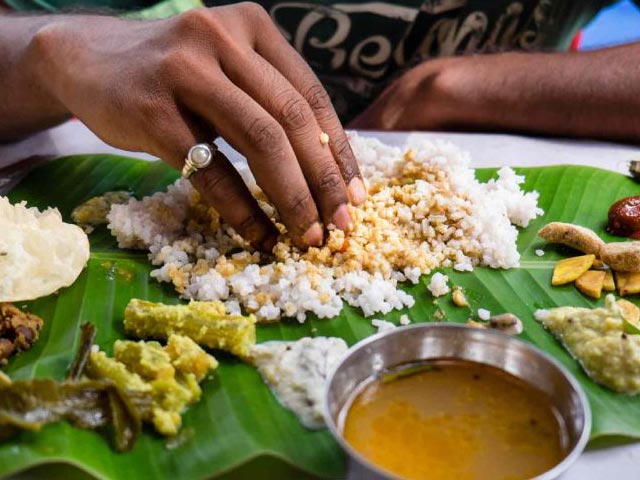 Hunger has been an object of both survival means and philosophical discourse for eons. For common men, life was built mainly around the hunt for food. For the ascetics hunger had been a hindrance in their ascendance into higher spiritual planes; they constantly mulled over ways to overcome the need to eat. Even Hatha yoga and other practices were used to control hunger. Among other things, the realization of hunger played a role in the enlightenment of Buddha too. As sages tried to do away with food, the worldly leaders tried to feed people and ensure that no one suffered because of hunger. Even in the modern world, especially in the developing nations, hunger is still a persisting problem. In India offering food to the needy is considered to be a noble act and ‘Annadhan’ is a common phenomenon in temples across the country.

There is a moving short story titled ‘Sottru Kanakku’ (Meal Account) by noted Tamil author Jeyamohan. The story based loosely on a real-life event narrates how one Kethel Sahib used to run an eatery in Trivandrum where one can eat their bellyful and pay whatever they can afford. Now the government of Kerala is running a hotel very similar to that of Kethel Sahib. Named as ‘People’s Restaurant’ this eatery serves food to people and they needn’t pay for it. Instead, they can give whatever they wish or are capable of or simply go away without bothering about the bill.

The first People’s Restaurant was inaugurated in Alappuzha, last month. The two storey restaurant was built in 11 lakh rupees. While the ground floor accommodates the kitchen, the first floor is used for dining. A sprawling 2.5 acres of land has been allocated to grow vegetables for the restaurant. When the ruling CPM government invited people to donate to the setting up of this hotel, the response was overwhelming and around 23 lakh was collected. True to its name the restaurant was inaugurated with contributors to this noble cause helping themselves with the first meals; no political bigwigs, except the State Finance Minister Isaac Thomas, were present there.

People’s Restaurant prepares food for about 2,000 people, daily. There is only a box in the place of bill counter and people drop into it whatever money they can afford. Surprisingly the first-day ‘collection’ exceeded 10,000 rupees. While the underprivileged have bellyful, there are people who drop 1,000 rupees after having only a cup of tea, here. The government of Kerala is planning to open more branches of People’s Restaurant across the State. This modern day ‘Annadhan’ by Kerala government can be followed by other States to ensure that no man goes to sleep on empty stomach.

Read Also: Have You Heard About The Heart Attack Restaurant?

Why I Find The Monsoons Lovely, When My Friends Feel It’s...