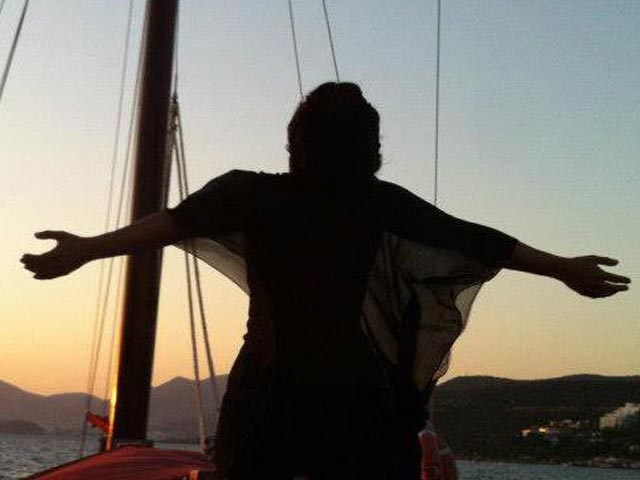 The world celebrated yet another Father’s Day today and everyone’s been posting messages all day for their fathers . While I’m all for celebrating dads on their special day, I’m also all for celebrating single moms on Father’s Day too, ‘coz being a mother is no doubt hard enough, but when you have to be dad too life can be really tough. As mother’s they are as it is on call 24 X 7,  but when they have to be the one responsible to bring the food on the table as well, then one needs to be really strong.

Agreed that mothers have their own May celebration on Mother’s Day, but single moms who play two roles deserve more than one day to celebrate them. However, many may not agree as there have been a lot of talks and discussions about it over the past few years.

But whether they like it or not, the trend of wishing single mothers a ‘Happy Father’s Day’ is being embraced by many and there have been ads and greeting cards that celebrate the same. I’d say why not ? And once you hear the story of these two extremely strong and brave moms, you’d agree with me too. Ritu Soni and Angira Vats are two badass moms who double up as dads for their daughters.

Both Angira and Ritu were full time moms before they had to suddenly take the role of a dad as well. Here’s their story:

Speaking to Hot Friday Talks, Ritu says, “ My 10-year-old marriage was a casualty of mid-life infidelity. I was left with a broken heart and a small, degenerative bank balance. After wailing for what seemed like an eternity, I decided to pause on the self-healing and focus on the future. I had to give my daughters, then aged 1 and 5, a future and privileges they would have been entitled to had their father stuck around.

I put myself through school again – managed a 50% scholarship at London Business School. Paid the balance with everything I owned, came out stronger- personally and professionally, but also broke. Struggled for 3 months before I found a job in London, where I wanted to build a new life for my little family of three. Could not have managed this metamorphosis without my parents, who supported me every step of the way.

Ritu has worked as Lead Product for Fintechs in London. She has worked across short-term consumer lending, cross border payments and bank transfers. Currently, head of Product for a global payments company called Paysafe Group.

She says her greatest challenge as a mother and father to her two daughters, Zoya and Myra, have been managing everything single-handedly. “From playing both good cop and bad cop with the kids to taking major decisions all by myself. From health emergencies to coaching classes and dinner menus. It all sounds mundane to raising kids, but is difficult when you have no sounding board or partner to share accountability for those decisions. It’s very challenging but not impossible. I learnt earlier on to lean on my friends and family, after all, it takes a village to raise a child. I have a friend and Dad who is my go to person for financial advice, my mum who is my shrink especially for all matters ‘Teen’ and another friend who I call after a hard day at work. They never let me fall,” adds Ritu.

According to Ritu, planning is a must: Managing the show single-handedly means being that much more planned. “I have goals, plans and excel sheets for everything.. and an elusive to-do list that I have never been able to be on top of 🙂 But in the middle of all the life-as-usual drama, I make it a point to live a little for myself. From Safaris in South Africa to dinners with friends every Saturday night, I carve out some me-time regularly,” Ritu proudly states.

She adds, “Validation is another challenge – at times it feels like I am putting in all this hard work and (most days) doing a good job, but no one’s really watching to acknowledge this and maybe give me a pat on my back. But then my girl’s inundate me with love and gifts on both Mother’s and Father’s day – and I know they are watching and raising two strong women is my validation. My girls squash all stereotypes about children from ‘broken-homes’ – they are responsible, independent, kind and above all happy girls. I stopped feeling lonely a few years ago, have no time for heartbreaks and am happy with where I am emotionally. Life is good!”

While Angira, who is a writer and an aspiring filmmaker, is an optimist who quotes Ghalib and takes his lines seriously, says, “Single parent is not an easy title, topic or an easy job. But like Ghalib said ‘Zindagi mein gam hai, gam mein mazaa hai aur mazei mein hum hai!’” (There’s a lot of sadness in life, but there is fun in that sadness and I am having fun). Angira was raised in a home that never differentiated between a daughter and a son, had an extremely happy childhood, and was encouraged to take part in anything they wanted to do. But one wrong marriage ruined it all.

For a very long time she kept quiet, and took all the harassment and torture at her in-laws home. “They were not ready to handle me as a successful woman with a career. I kept quiet for sometime until I decided enough was enough and I moved out with my two little daughters. My parents and siblings were very supportive and stood by me like a rock,” says Angira.

She then moved to Mumbai to pursue her passion; film making and writing, with only two thousand rupees in hand. She was completely new to the place and had two little daughters, Ishana and Shreokhi who were only around 10 and 5 at that time, to support. But she held her head up high and brought them up single handedly. “My faith in god, my hard work, my honesty, my integrity and my values are what kept me going. I have tried not to let my children feel the void of not having a father figure so I’ve sometimes been a father when I have to and a mother I already am,” says Angira.

She couldn’t afford a maid, so she would wake up early, get the kids ready for school, cook and then leave for work. She started with assisting in some films but because she needed to be near her kids and couldn’t travel much for shoots, she had to shift to television and she gradually became a Creative Director and designed some well known shows. “ But let me tell you that the film industry is not a very easy place for a woman to be in especially for single women. They don’t let single women live easily in this industry but I’ve braved it all. I never had to give in to anything or give up anything so I consider myself lucky,” adds Angira.

Angira’s older daughter Ishaana who is now all grown up and works as a graphic designer says, “It’s been nothing short of inspirational to watch such a steady role figure in front of us. It definitely matures us faster than age would but the strongest message I keep with myself is to have the spirit of perseverance and have higher standards for ourselves and not taking anything that we don’t deserve.”

Her younger daughter Shreokhi, who is an aspiring actor and filmmaker says, “I don’t think both of us felt the need of having a father or missed having one because we hardly spent any time with him in our lives. I do not miss it at all as our mom has been both a father and mother for both of us.I’ve learnt to be more responsible, caring and settled in life, so it’s worked in my favour all thanks to my mom.”

To all those who feel only a man completes a family, we’d like to know what you think about it after reading this. And to all those single moms who play the role of a father too,  two thumbs up to you!

Kunal Kamra, This Is Not Funny Anymore