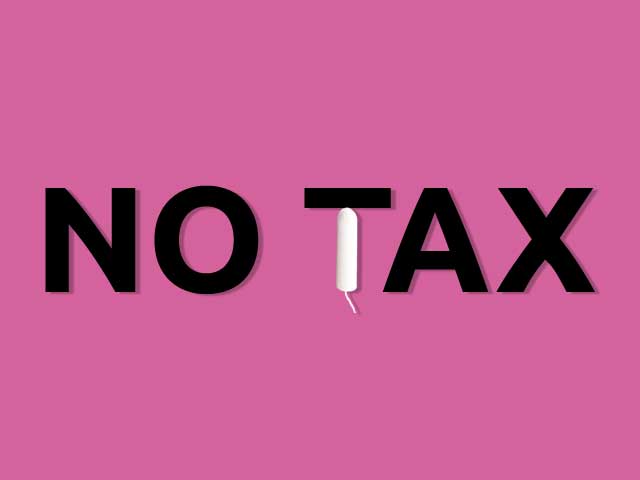 They may not be able to help with the discomfort. Nor will this help in removing the discrimination and taboo. But it is definitely a positive step, as the government decides to exempt sanitary napkins from GST (Goods and Service Tax).

A substantial portion of an average girl’s pocket money would be wasted on this. Firstly, you are born with it, it is a natural process. Secondly, it puts you through tremendous pain and discomfort every month. Thirdly, you are made to feel pathetic by being compelled to skip events or cancelling plans with friends. And to make it worse, the government had included sanitary napkins in luxury good, imposing a heavy tax on it.

Only 12 percent of India’s 355 million women can afford sanitary napkins. The rest cannot afford them, and use rudimentary objects like clothes, straw, ashes and husk sand. It is a major reason behind high dropout rates for girls in rural schools, and the cause of death due to poor hygiene conditions among women.

When the GST rates were announced for the first time, there was a huge uproar on the internet as the girls demanded that sanitary napkins should be treated as an essential item. At that time, the campaign #LahuKaLagaan, to persuade government to make sanitary napkins tax-free, has garnered a lot of support from the celebrities like Vishal Dadlani, Aditi Rao Hydari, Taapsee Pannu and others.

The campaign #BleedWithoutTax was started by the Students’ Federation of India, the student wing of the Communist Party of India (Marxist). They sent sanitary napkins with the slogan “bleed without fear, bleed without tax” to the Finance Minister Arun Jaitley.

Menstruation is not a luxury. Many organisations now have progressive policies like Period Leaves. In today’s age tampon tax reeks of structural sexism.

The government has proven itself as relevant by doing away with GST on sanitary napkins in the most recent meeting of the GST Council. Now girls will be able to face their biggest worry with lesser cost. It also means a step towards making female health care more inclusive.

These #KikiChallenge Videos Will Make You Go ROFL