The developments around GMO (Genetically Modified Organism) or the Biotech foods have become really strong. GMO is an organism (plant or animal) whose genetic material has been altered using genetic engineering techniques. Such intricate combinations of genes from different species cannot occur in nature or by traditional crossbreeding.

I consider the uproar against GMO honest. And why not, consumers today have become wiser. They like to know what kind of food they consume, where does it come from and what goes behind its cultivation. The food companies, in turn are trying to keep their sourcing as clean and GMO free as possible.

I am a believer in nature. Organic food makes more sense to me. The food market has always been governed more by volume than the nutritional quality of the food produced. Farmers are therefore forced to use enhanced technologies that are also economical, irrespective of its ecological impact.

But now consumers have expressed their concerns about genetically engineered food. The risks associated with GM foods to health and the environment outweighs its benefits. There can be accidental contamination between GMO and non-GMO foods or introduction of disease causing allergens or toxins to food or changing the nutritive content of original crop and even the creation of super weeds.

There are some burning questions that GMO Supporters have to answer before they seek support in favour of this technology.

We love nature and prefer it to keep it that way. Traditional farming has galloped in recent years. It can now give higher yield. Organic and sustainable farming had made huge strides in recent years in matching and exceeding chemical agriculture output in volume, quality and taste. Chemically produced food has low nutrient density and is laced with poisons only robbing us of our health.

Read Also: 7 Foods That Will Help You Fight Stress 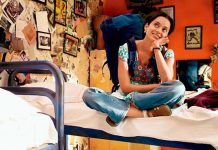 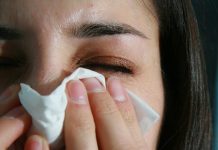 A Conversation About Indian Football That Made Me Very Sad