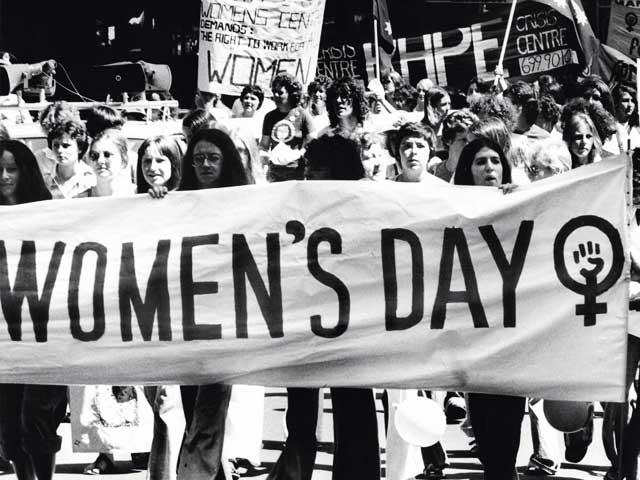 There is perhaps no other event, bigger than Women’s Day, that unites women across cultures, races, religions and continents in a shared sentiment of sisterhood. March 8th, observed every year as International Women’s Day, is an event not just to celebrate women’s achievements but also to press the need for gender equality in every aspect of life.

And while, over the past few decades the call for a day to recognize that women may still be struggling in many socio-political arenas has intensified, it may be interesting to note that the movement started as early as 1900s.

While the collective cry for a day to recognize what women may be losing out on came after a German woman and leader of socialist party, Clara Zetkin, proposed the idea of an International Women’s Day, the seeds were germinated before. 1900s were significant years in the history of US as women began getting together to recognize the need to demand their rights. In 1908, some 15,000 women marched through New York City, demanding three basic rights – the right to vote, to mind the pay gap and to demand against unfair working hours for women. The following year, the world’s very first National Woman’s Day was marked in the US on February 28.

It was only in 1913 that March 8 was unanimously chosen as International Women’s Day. The United Nations recognized the day as late as 1975.

Ever since the UN recognized the day, a theme is decided each year. Over the years some of the very pertinent topics have gained worldwide attention, that would have otherwise gone unnoticed. So, towards the turn of the millennium, in 2000 if the theme chosen was – ‘Women Uniting for Peace,’ to suggest an important development that was happening globally where women were coming together, last year the theme was ‘Women in the Changing World of Work, ‘signifying how seriously the women may be inching towards breaking the glass-ceiling. This years’ theme #PressforProgress similarly is a step to ensure women that their efforts are in the right direction and they must continue the zeal to change the world for better.

Read Also: 6 Women Talk About What Women Empowerment Actually Means To Them

Research Supports That Getting Lost In A Book Is Actually Good