HotFridayTalks
Home Culture Why Is Everyone Excited To Invite Amazon HQ2 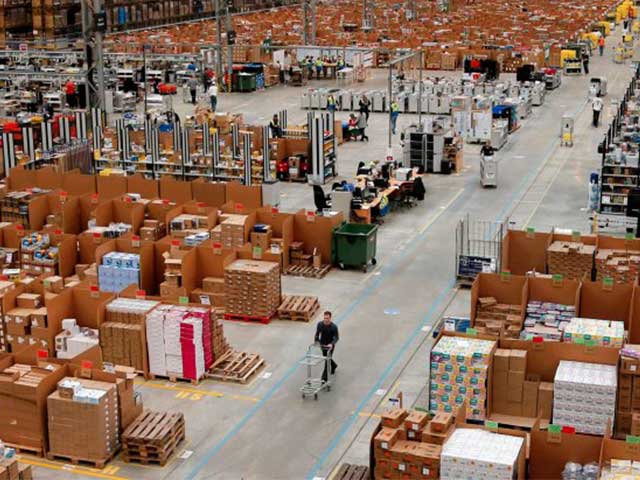 Most cities are bidding to be Amazon’s second headquarter after such an interest was announced by the online retail giant this year.

Vancouver hopes that it will be an apt choice as it closest to the HQ1 at Seattle. Calgary promised an aggressive marketing campaign in it chance to woo Amazon north. While the city of Winnipeg is known for its low cost of doing business and competitiveness, but Windsor promises a better access to technological and human resources.

Other cities like Halifax, Montreal and Ottawa have upped their pitched too to beckon the e-commerce giant to be chosen as the sites for the second headquarters.

But Canadian cities are not the only contenders. New York is bathed in orange lights to show that it loves Amazon. The landmarks including the Empire State Building, some bridges, and One World Trade Center all turned “Amazon” orange at 9 p.m. on 18th October. Amazon has also announced a new fulfillment center on Staten Island and a new 360,000-square-foot office that will be part of the Manhattan West megadevelopment.

Tucson in Arizona certainly whipped out the big guns when its economic development group hauled a 21-foot cactus to Amazon’s main Seattle headquarters via a truck. Amazon turned the gift down.

Puerto Rico, which is still in shambles after Hurricane Maria in September, has submitted a long-shot bid.

These cities are vying for the benefits that Jeff Bezos and his Amazon brought to Seattle in 1994. The real estate boomed, thousands got jobs, living standards of the city improved, and it got placed on the economic map of the country. The six-figure salaries and the $5 billion campus, and the legendary Amazon power transformed the city into a “knowledge capital.” The company’s dominance in cloud computing, for example, means that other cloud players feel pressure to be in Seattle.

In the past seven years alone—the period of Amazon’s most explosive growth—more than 20 Fortune 500 companies have opened engineering or R&D campuses here—including Facebook, Google and Apple, tech’s three other giants, plus newcomers like Uber.

Little wonder that other cities believe HQ2 will be a transformational event.

Over 150 cities have put in their names to Amazon.

Forget The Wasp And Antman, There Should Be A Fly Lady...