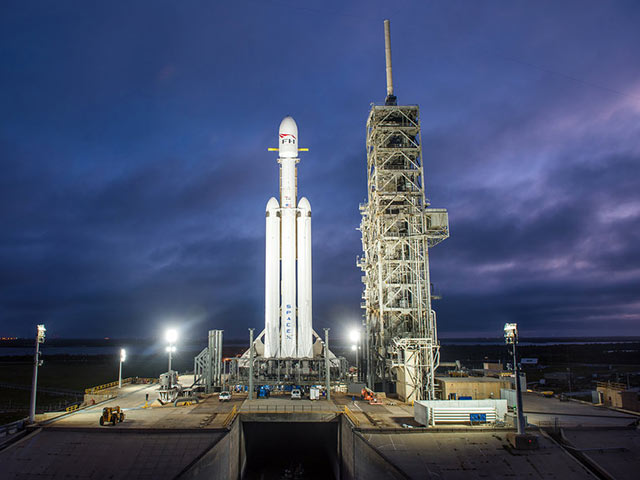 It seemed like a sci-fi fiction dream, when a man in suits (of course, space suit) arrives in a red shiny car and parks near a planet. The sense of style prevails as the red car parks near the red planet.

Falcon Heavy is a turbocharged version of Falcon 9 rocket, that has been carrying cargo to space. But this time, Falcon Heavy seems in a mood for fun. It carries Musk’s red Roadster, an electronic sports car by Tesla. A mannequin, Starman, in a space suit sits at the wheel, and he will orbit the sun for millions of years.

View from SpaceX Launch Control. Apparently, there is a car in orbit around Earth. pic.twitter.com/QljN2VnL1O

The launch was the most ambitious yet for Musk’s space company, putting it at the top of a short list of available heavy lift rockets. Falcon Heavy is both more powerful and capable of lifting more weight than the biggest rockets offered by either United Launch Alliance or Arianespace, and that at a fraction of the cost.

Two of Falcon Heavy’s boosters roared back to the Space Centre, landing simultaneously on concrete pads. The third, the central core of the rocket, attempted to land at a drone ship off the coast of Florida, but initial data shows the booster hit the ocean at around 200 miles per hour, and landed off the designated deck.

This could dampen the celebrations at Space X as they pride in building the world’s first reusable launchers.

Delays have plagued the development of the Falcon Heavy, a rocket that some in the space industry thought may never see launch day. Musk unveiled the rocket in 2011, promising the inaugural launch would happen as early as 2013.

But despite the delays and the initial hiccup, Elon Musk, and his Space X definitely added another milestone to space research, and another feather to Musk’s already feather-heavy cap.

Here’s Why People Are Donating Money To A Rich Teenager