HotFridayTalks
Home Culture Cola And Kohli Both In Her Hands, As Indra Nooyi Is Appointed... 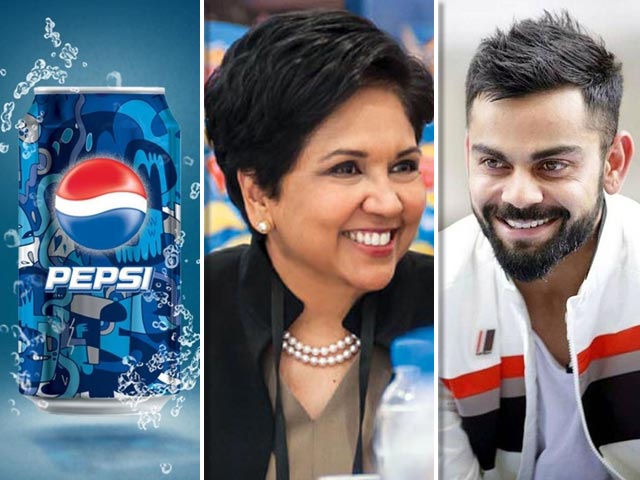 Great news is here, and looks like it’s time for cheers with some glasses of chilled Pepsi.

Indra Nooyi, the reigning CEO and Chairman of PepsiCo, has been taken on-board the International Cricket Council (ICC) Board as the first ever independent female director. This powerhouse of a lady will officially join the Board in June 2018.

The decision to appoint an Independent Female Director was taken by the Board last year, in June 2017, as part of the many constitutional changes that are being implemented to improve the way the sport works.

To her credit, Ms. Nooyi has regularly featured in the Most Powerful Women list by Fortune Magazine. Handling her roles at PepsiCo, she manages a portfolio that generates more than $1 billion each annually in retail sales.

She has also been responsible for bringing in more nutritious foods and beverages, to reduce any damaging impact on the environment, and to help create more opportunities for employees, as well as for those they interact with.

Honestly, I was quite surprised at her selection, because I couldn’t immediately make the link between the lady at PepsiCo and the game of cricket.

But on further research, I found that she does have her own reasons as to why she thinks she can bring about positive results through her latest role. Apparently, Ms. Nooyi loved playing cricket as in her growing up years, and feels that the game taught her a lot about team spirit, healthy competition and respect.

Initially, she will take on her responsibility for a two year term, following which she can again be re-appointed for two more terms.

For years we’ve been used to seeing women beautify the game, as cheerleaders who are on the sidelines, cheering and supporting, ogled at and then forgotten. As for our Indian women cricket team, they are barely recognized as sports persons, let alone given the respect they deserve.

Now that we have a lady at the helm, I hope to get some new interest in watching the game again, something I had given up for a long time now. The lady who has changed the face of Pepsi, I am sure you will bring a positive and refreshing influence to the game too.

Trump Does Not Win The Nobel Peace Prize