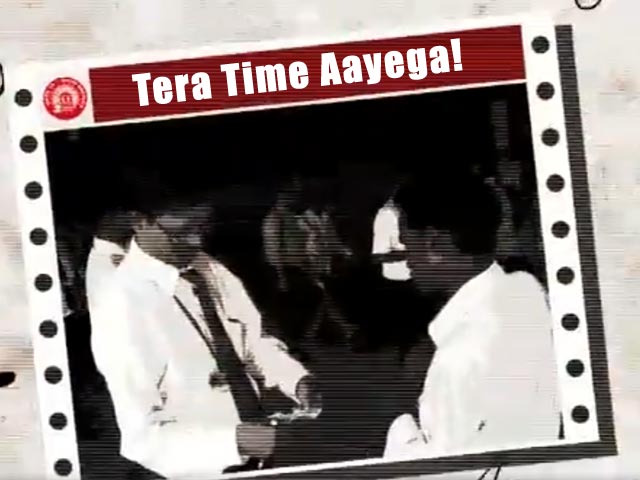 What is the hottest thing that has been doing the rounds lately? It is not just any random thing that will stand to be forgotten after a while. It is not an advertisement starring a hot actress over whom the men will lose their sleep. It is our very own Alauddin Khilji rapping to assure us that someday it will be our day. Yes, it is the recent anthem of the nation, which has taken India by storm. Be it the roadside kid selling tea or the cool college goers with colored hair, who want dream of becoming rappers, everyone is sold on the idea that “apna time aayega”.

However, did anyone think that this very anthem can be twisted and turned to the favour of the railway authority? No. We were so engrossed in seeing the positive side of the lyrics that we forgot that every coin has two sides and that this song could be no less intimidating, even though it sounds like an inspiration. Gully Boy is a movie which stars Ranveer Singh and Alia Bhatt, where Ranveer Singh rises from e ghetto boy to a rockstar rapper. The song Apna Time Aayega became an instant hit from the very day of its release, and it was even more special because our very own Ranveer Singh has lent his voice to this rocking rap.

This song proved to be a boon to the Railway Authorities more than anyone else. For most others, this song was more like an inspiration to the ones who were previously finding it difficult to go on with life each day. But for the railway people, this song seems to have eased their troubles. The Indian Railways very recently did an amazing mimicry of the song and changed its title from “Apna Time Aayega” to “Tera Time Aayega”. The beat of this song is similar to the original song, but it has a different message to convey.

A special message for some of our fellow passengers who travel in local trains without a ticket. Western Railway requests you to travel with an appropriate ticket, as travelling without a ticket is not only a punishable offence but is also a social crime. #TeraTimeAayega pic.twitter.com/Za1gBF6Kzu

Tera Time Aayega is a message to all those brave hearts who have the guts to travel in trains without tickets. They think they are smart enough to fool the Traveling Ticket Examiners. Truth be told, given the current system of the government, a lot of blame cannot be enforced on the travellers because the government itself had been lax in implementing disciplinary measures against such offenders. Some of them have been known to let the offenders go by taking a handsome amount of bribe. So, the joke should actually have been on them, but it’s okay as long as some disciplinary action is being taken against the smart ones who are draining the Indian economy of its wealth.

The video by Western Railways is a clear message indicating that if anyone tries to fool a “shaana TC” he will have to face the music. Definitely the song has made the “hausla” of the TCs very “buland” but we would like to see how far this thing goes in actually being successful. We really hope that the “bahaano ka Jwaala” does not end up melting the TCs because from what the video conveyed, it seems to be a serious step.

Bollywood stars have inspired Indians in all the fields. Be it following a kind of hairstyle or joining the bandwagon of a certain style of dressing, Bollywood has been successful in running deep in our veins. The condom advertisements in India became useful after Sunny Leone started starring in them. Similarly, only when Akshay Kumar and Aamir Khan insisted, did we take wearing helmets while on a bike seriously! Just like that, Apna Time Aayega has been etched in our minds so deep that we cannot seem to get over it and might really end up buying tickets to travel after a long time!

Having said that, it was a smart step and an unconventional one too, and we hope this brings about some change at least.

Why We Need Policing On Social Media?