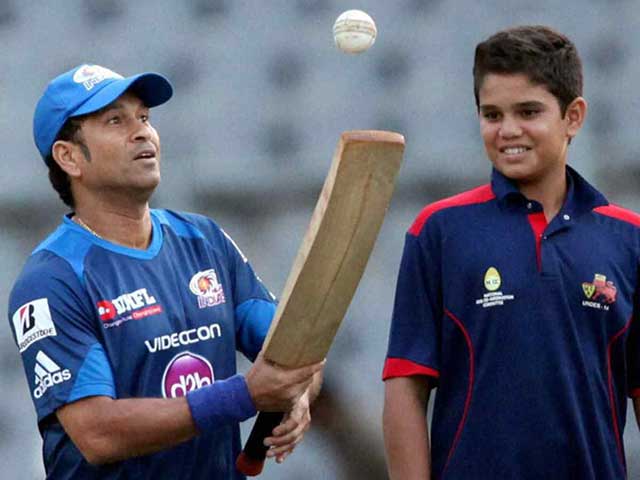 It is literally impossible to find someone in India who would not know the name of Sachin Tendulkar, or the “God of cricket” as he is called. And that title is not one bit of an exaggeration as he is practically worshipped by the masses of this country. When we think about a public figure of his stature, it is natural to assume that they and their families must have an all-comfortable life with nothing to worry about. Especially when it comes to the children of these celebrities, we are quick to draw conclusions about how their lives are devoid of any struggle!

The case of Arjun Tendulkar, the son of Sachin Tendulkar is no exception in this regard. It is very alluring to assume that his life would be a smooth sail because of his family name, especially since he is trying to walk in the footsteps of his father by pursuing a career in cricket. It was only yesterday that Arjun was named in the under-nineteen squad for the upcoming tour of Sri Lanka. He has been selected for two four-day matches in the neighboring nation. Even though that is a great achievement and for any other boy his age, this would only bring in congratulations, Arjun is no simpleton after all. His success, though equally worthy of praise, will without a doubt bring in a lot of speculations, assumptions and criticism along with the good wishes. Questions of nepotism and the influence of his father on the national cricket scene are bound to dilute the worth of his success. Come on people, the kid here did not decide who his dad would be!

On the other hand, his failure to make it to the five-match ODI squad will probably usher in a lot of criticism for him as well. While most of his teammates can afford to make mistakes in this initial stage of their career, Arjun perhaps will have to carry the burden of being the offspring of Tendulkar along with the realization that one small mistake of his will be the print material of tabloids for weeks. On the other hand, there may be expecting eyes keeping a watch on his moves, trying to relocate another probable God of Cricket in the progeny of their deity!

That is the same price an Abhishek Bachchan or a Sandip Ray has to pay for being the sons of an Amitabh Bachchan or a Satyajit Ray- the sheer enormity of the legacy of their fathers naturally overshadow their lives in all its aspects, especially since they decided to walk the same path as their fathers. And this is the struggle that Arjun Tendulkar will have to put up with in his life- his success will be measured in terms of his father’s achievements; his failures will have added weightage due to his last name. We only hope he comes out stronger enough to face and rise beyond all this stupidity!