HotFridayTalks
Home Culture Are We Doing Enough For Our Soldiers? 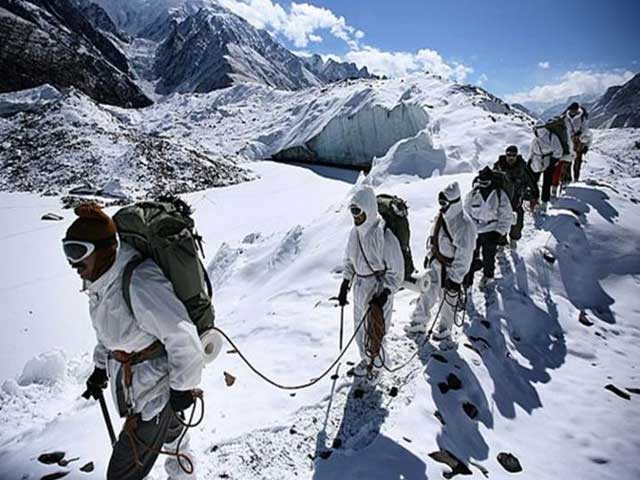 Sumeedha and Yogesh Chitadhe, a couple from Pune, sold jewellery and bought an Oxygen Generation Plant for soldiers serving in Siachen. If we have ever seen a military documentary or even seen the video played during national anthem in cinema halls, we will know that Siachen is the world’s highest battlefield.

To guard the borders in sub-freezing temperatures, where you have nothing to view but snow for the six months of an official posting, and where you survive on limited resources because the next helicopter with supplies will come only when the weather is clear is not a mean job. It is one of the most demanding posts.

Not only at Siachen, Indian soldiers guard the borders in some of the most extreme conditions like the deserts of Rajasthan or the swampy lands on the eastern borders, or the high mountains and unmotorable roads in North East.

What Sumeedha and Yogesh have done reminds one of how we Indians survive in blissful ignorance of reality. There are several issues that our Armed Forces personnel face which need to be resolved. Despite harbouring discontent over various issue, the Indian army fulfils its duty, with no mind towards their life and safety.

There is a concern in the serving and veteran community about the degradation of their status in rank and pay parity vis-à-vis the civil services. From their pay to their pension, little is adjusted to present level of increasing standards of life, and consequent increase in expenses.

Whatever may be the handicaps of the present government, it definitely deserves the credit for doing more than previous regimes for the jawans. The government has more than doubled the risk and hardship allowance for soldiers posted on the Siachen glacier and hiked the same for security forces deployed on counter-insurgency operations and in Naxal-hit areas.

But the question remains, what we as citizens do for the bravest lot of our country? Can we spend some time helping the children of martyrs for their academic and co-curricular activities? Can we help their families in some way? Or like the thoughtful couple from Pune, can we give up a luxury to help the army?

After all, how can we put a cap on the value of their sacrifice?

Are You Suffering From The Fashion Pressure?