HotFridayTalks
Home Culture Animals As Smart As Humans, Or Even Smarter 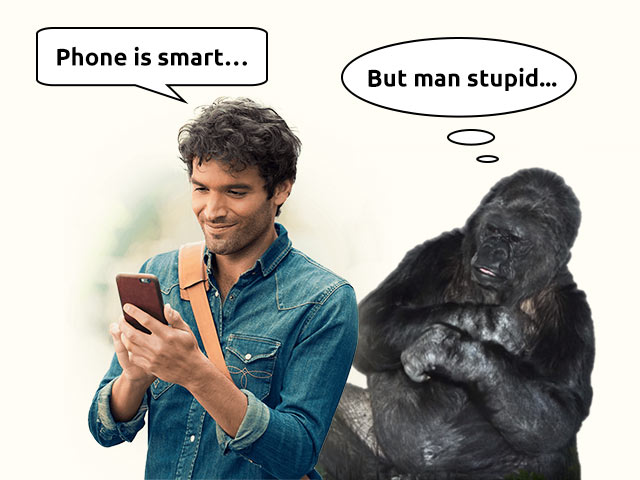 Koko the sensation that attracted celebrities like Robin William and the like, died peacefully in her sleep at the age of 46. Koko knew more than 2000 words in American sign language and was the master of “gorilla sign language”.

Koko the gorilla, who appeared on our cover, could chat, tease, and even argue with scientists using sign language. She has died at the age of 46. pic.twitter.com/JX9vlFzpiI

Koko was originally named as “Hanabi-ko” which means firework child in Japanese was born at the San Francisco Zoo in 1971. Dr. Francine Patterson initially trained her in sign language. She was also on the cover of National Geographic in a picture that she herself took in front of a mirror. She had adopted a cat and when that cat died after being hit by a car, Koko was filmed by Patterson describing the incident as “Cat, cry, have-sorry, Koko-love.”

Apart from being friends with Patterson, Koko also met Flea, the bassist in the Red Hot Chili Peppers, and the actor Betty White. She astonished everyone with her ability to play the recorder and taught the world a lot about the cognitive and emotional capabilities of gorillas. She had touched the lives of millions by being an ambassador of gorillas and an icon for interspecies empathy. She will be terribly missed.

Koko was not the only animal that was capable of doing extraordinary things, Flipper the dolphin was a similar example. A very smart creature with a large brain, this dolphin is said to be very intelligent and are right behind humans in cognitive ability. So much so that they were declared as “non-human persons” who qualify for “moral standing as individuals.”

Apart from that, octopuses have excellent observation skills and are capable of even solving the Rubik’s cube. We all remember Paul the octopus, don’t we? Crows and elephants are not far behind humans too, when it comes to their intelligence and they are also said to have a sharp memory.

Nature is full of such wonders that will always surprise us and show us that other animals are just as unique and capable as we are. It is high time we appreciate the gift they have and do our best to protect them.

Why We Should NOT Chase Perfection?