HotFridayTalks
Home Culture A Wink Does Not Always Work – Even If It Comes From... 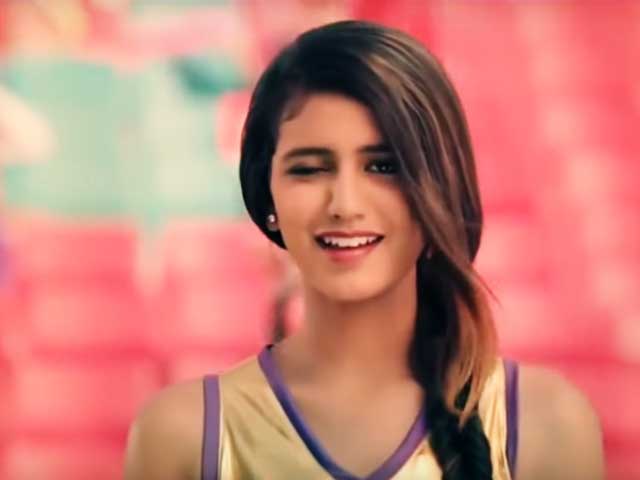 Priya Prakash Varrier after her sensational wink and superb expressions in the movie Oru Adaar Love, became a star overnight and the internet exploded with her videos, pictures, and how can we even forget, the trolls, of course! And just when you were thinking that we have almost got over with our obsession for this girl, she is back and this time for a wider audience. The new Nestle Munch advertisement for the IPL season features her and here again she makes use of her celebrated weapon – the wink – capable enough to make her viral. This time however, the wink joins hands with her attitude and thus follows the huge trend of #attitudedikha. This girl has some potential in her for sure, but talking about the Munch ad this time, it did not quite strike a chord with me. Perhaps, a wink cannot always do the job for you, even if it’s from the “wink girl” herself!

This ad, like every other IPL special ad, is set on the field where a group of boys are practicing, and Priya, is sitting beyond the boundary line, eating Munch. As the ball crosses the line, one of the boys comes to fetch it when Priya shows off her attitude saying, “Main feki hui cheezein nahi uthati” (I don’t pick-up thrown away items). To this the boy remarks about her attitude and Priya replies saying “Free ka hai” (It’s for free) along with her famous wink. Then follows the sales pitch of the ad, which Priya narrates saying,

So, crunch macha and attitude dikha”.

Here free ka attitude stands for the free attitude bands that you get when you purchase Nestle Munch.

Well, it was an intelligent move on the part of the Nestle Munch marketing team to leverage the fame of Priya Prakash in their ad, and I would not say that Priya lacked any attitude for the #attitudedikha trend to kick-off. However, it somehow did not seriously add the required “wow” factor, that could surpass Munch ads made before, and was nowhere even close to Shruti Hassan and Shankar-Ehsaan-Loy’s “Crunch macha” ad that was made last year. Given her fame and expectations Priya’s performance was not that groundbreaking this time, and we believe she is capable of doing much better. Overall, the ad was, according to me, a bit dim and the wink was not enough to add the crunch to the munch, although it has got great views in a week’s time, well, just because it features Priya – the wink sensation!

Read Also: With A Wink And A Smile, Priya Prakash Varrier Has Brought The Meme World To Its Knees

Painters Beware! Here’s What Could Happen To The Future Of Art