HotFridayTalks
Home Culture A Retrospect On Milestones Of Science In 2017 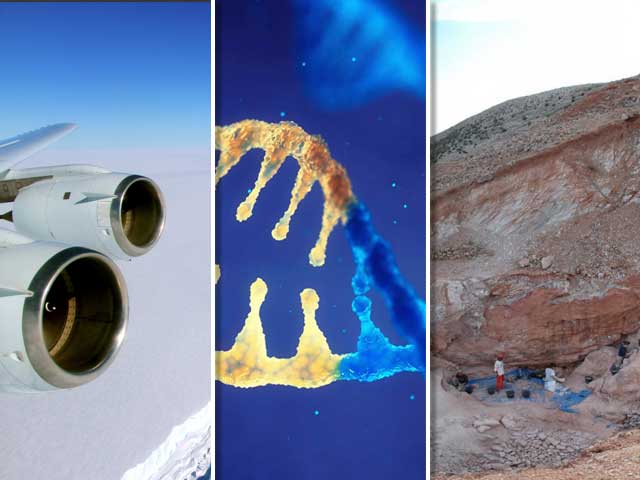 Like every year, major milestones were achieved in the world of science in 2017. But the leap was exponential in some fields. Besides the jump ahead in technology with Artificial Intelligence and the beginning of the Fourth Industrial Revolution, major advances were made in the pure sciences that will have a direct impact on our daily lives.

Here are some significant milestones of the scientific world in 2017.

Increase in chances of extra-terrestrial life

NASA announced that its Space Telescope Spitzer discovered seven Earth-sized planets around a star called TRAPPIST-1. Three of these planets were reported to be in the habitable zone where liquid water can be found. Probably, 2017 took us closer to possibility of aliens.

Man is older than he thinks

A study published in ‘Nature’ claimed that Homo sapiens are way older than was previously imagined. The researchers studied the fossil remains from Morocco and arrived at the conclusion that our species is 315,000 years old. This has many implications in disease prevention among the human species.

Scientists from Project MIDAS, a UK-based Antarctic research project, reported that an iceberg broke off from Larsen C Shelf, and could be thee biggest iceberg recorded. This means the polar ice is melting due to global warming. A rise in sea level could be fatal to many coastal countries.

LIGO’s two detectors in the US and their European counterpart Virgo picked up an unusual signal that lasted about 100 seconds — longer than the signal caused by black hole collisions. Gravitational waves and light emission were observed from the same cosmic event. The discovery of Gravitational waves proved that Albert Einstein was proved right. He predicted the existence of gravitational waves in 1916 in his general theory of relativity.

A group of international scientists used a gene editing tool called CRISPR-Cas9 and repaired a mutation in a human embryo. The group targeted a gene called MYBPC3 whose mutations can cause heart problems- hypertrophic cardiomyopathy.

The widely successful Cassini mission by the European Space Agency ended its days like a pro. It was sent on a probe to study the planet Saturn and its system, including its rings and natural satellites.

This year’s Nobel prize for medicine was awarded to an American trio They were able to isolate a gene in fruit flies that controls the daily biological rhythm. They were able to show how the gene encodes a protein that builds up in cells at night, but then degrades during the day. They have raised awareness of the importance of a proper sleep hygiene.

2017 saw some amazing achievement in medicine, space and natural history, while also warning us about the impending dangers of environmental degradation. The Delhi pollution is just one symptom of the larger curse of global warming. Hope that 2018 has answer to the question of sustainable development.

To Add Or Not To Add, When You Find Your Father...