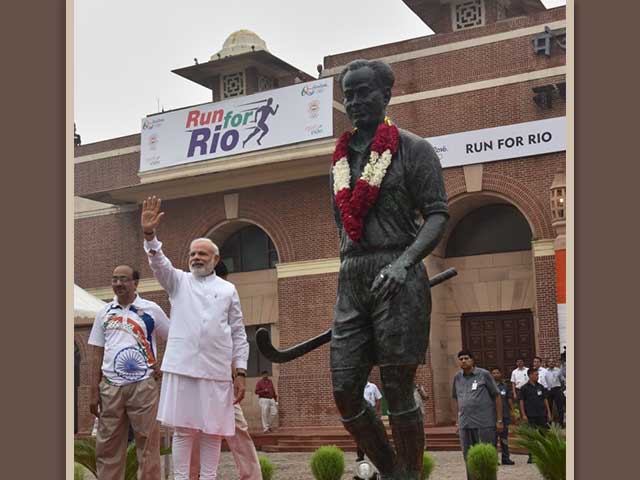 It’s 29th of August and India celebrates 112th birthday anniversary of Hockey legend Dhyan Chand. Observed as National Sports Day as well, on this day, National Sports Awards such as Arjuna and Khel Ratna are conferred on selected athletes by the President of India every year.

Let us throw some light on few facts of the legendary hockey player, which you must know:

The Story Behind His Name Dhyan Chand:

The prolific striker was named Dhyan Singh. Later, as he displayed his abundant hockey skills, his first coach Pankaj Gupta said he would one day shine like a ‘Chand’ – Moon. That’s how he got his new name ‘Dhyan Chand’.

An Indian Who Impressed Hitler Too:

After seeing him play at the 1936 Berlin Olympics, Adolf Hitler offered Dhyan Chand, a Major in the British Indian Army and German citizenship. Dhyan Chand politely turned it down.

Dhyan Chand was known as ‘The Wizard’ for his commendable ball control. Throughout his playing career, which spanned over 22 years, he scored more than 1000 goals.

Wrestling Was His Thing:

A young Dhyan Chand had no serious inclination towards Hockey. He used to love wrestling. He started playing Hockey, after joining the Indian Army at the age of 16.

When India was the most dominant Hockey Team:

Indian hockey might not be one of the most followed sports in the country today, but Dhyan Chand’s era saw India as the most dominant team in Hockey.

He was awarded civilian honour of Padma Bhushan in 1956 by the Government of India.

Why The Hue And Cry Over A Hindu Terrorist In Quantico