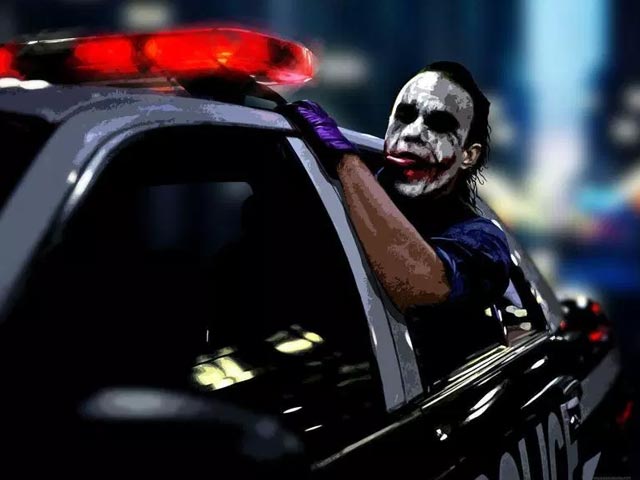 One of the most loved and widely popular movies of the entertainment industry is The Dark Knight Trilogy of DC’s Batman. All the three movies have received exceptional response from the audience and the fans have loved the character development of every big and small character in the movies. But if there is one character that stands out and has created history in terms of performance as well as the depth of the character, it’s The Joker. Created in 1940 by Jerry Robinson, Bill Finger and Bob Kane, The Joker was played by Heath Ledger in The Dark Knight, 2008. The Joker is hands-down the greatest comic book villain there has ever been and Heath Ledger’s masterful performance in The Dark Knight has only elevated the character to new heights.

Let us see what lessons The Joker has to impart in this circus of life.

“I Just Do Things”

All our life we focus too much finding a purpose in life or a reason to do something. We are overly occupied with “wanting” to be something instead of actually doing it. While it’s important to find a purpose in life and to have a reason behind doing things, but it is also very crucial to not get consumed by it. Sometimes, all your life requires from you is to just do things. Just do things that fulfill you as a person without thinking of the reason behind doing it or of the consequences. Forget what random people, family, and friends would think about it. If dancing makes you happy, just dance. Do not pick a day or plan a time table or wait for your new speakers to arrive. Just start dancing already! We spend too much time thinking about doing things and then we end up wanting to do it but we never do it. It’s confusing, right? That’s exactly my point. Don’t complicate things unnecessarily. Just do it!

“If You’re Good At Something, Never Do It For Free”

Even while doing all kinds of crazy shit and literally burning the world around him, The Joker doesn’t fall short of giving life changing advices. This particular quote of The Joker has huge relevance in the current world. We live in a time where the independence to make your own career as per your passion and yearning is available. But this independence can only be logically exercised if you charge people money for doing what you are good at. This is especially relevant for the creative professionals who have historically worked either for free or for nominal compensation in the name of “leisure activity” or “hobby”. This realization is very important for the survival of such creative professionals and holds great significance in changing the larger picture.

The message is simple and straightforward- Never stop having fun! Even though his style of having fun isn’t something to be inspired from; it is to be noted that everything he did, he did it without losing his touch with that wild humor. The Joker always seems to be having fun, irrespective of the circumstances. He teaches us to always have fun in life, no matter what the life makes you face. People often forget the importance of laughter, jokes, fun, and smile in life. In a very dark yet effective way, The Joker was and is quite a reminder of the same.

What did you learn from The Joker? Every experience is unique and I am sure each one of you has something to add. Tell us in the comments! What You Need To Know About Litigation In India