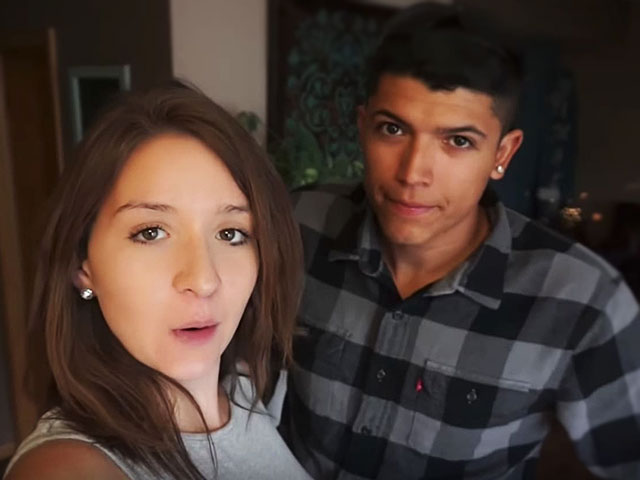 Yesterday, US resident Monalisa Perez, who is now 20 years old, was sentenced to a jail term of six months and a probationary term of 10 years for fatally shooting her boyfriend Pedro Ruiz last year, who was 22.

If you have seen the trend on YouTube, there are countless couples and people out there who will come up with absolutely anything to try and get your attention, and keep increasing their likes and subscriber base.

One of the recent ones that I finally unsubscribed from was a channel that goes by the name of Brad Holmes, which is also the name of the guy who started the channel. It’s main objective is to show off his ‘dumb’ girlfriend who has a problem with understanding even the most basic and regular things in life, and is apparently not aware of anything that’s going on in her country or around the world that is of any importance. After a point, the entire ‘see my girlfriend is so dumb you will die laughing’ thing and the really silly pranks they would try to pull on each other killed its impact on me, and I finally left.

But not the 1,96,000 subscribers that the channel has. They are still loyally following him.

Me and Pedro are probably going to shoot one of the most dangerous videos ever???????? HIS idea not MINE????

While they wanted to be online stars, this tweet from last year is the last that was ever shared on her account.

In the case of Monalisa and Pedro, the couple had been posting funny prank videos in order to get more subscribers and internet fame. However, things went out of hand when for one such prank, the pregnant teen had to shoot her boyfriend. Apparently, he asked her to shoot him from a distance of about 30 cm, while he held a thick book on his chest, believing it would shield him from the bullet.

The bullet pierced the book and killed Pedro on the spot, and Monalisa, who was pregnant with their second baby at the time, pleaded guilty.

Why would someone do this?

The couple had been sharing their everyday life with their social media fans, in a bid to gain internet success and fame. But the incident that took Pedro’s life was a prank that went in an entirely different direction than the couple could have imagined.

All the supposed fame at what cost? A family broken up, losing the kids, one of the partners dead, the other in jail. Looks like fame did come to them, but in a different and twisted way than they had planned for.

Read Also: These Five Youtube Singers Are The Most Hated Personalities In India

Ever Heard Of A Sentence To Watch Cartoon For Punishment?