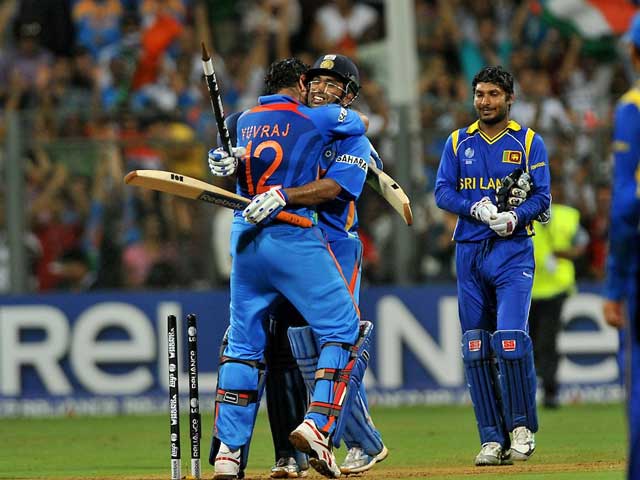 Yuvraj Singh, the name itself is synonymous with two of India’s greatest world cup wins- The 2011 ICC world cup and the 2007 T20 world cup. He was adjudged the Player of the Tournament in both the. Yuvraj’s flamboyant performances in these tournaments led India to victory and cricketing dominion! Be it his six sixes in an over against England or his crazy partnerships with M.S. Dhoni, Yuvraj Singh always stood out and made his presence felt.

Often touted as one of the best All-rounders of Indian cricket ever, Yuvraj Singh started his career in International cricket in 2000. Today, 19 years later, he announced his retirement from International Cricket in a press conference in Mumbai.

It was Yuvraj’s dream to win a world cup for team India and he made it happen as India lifted the gleaming World Cup after 28 years at the Wankhede stadium in Mumbai on April 2, 2011.

The moment when your dream became reality ! No words can explain the emotions that ran through our blood on this very special day thank you everyone all I can say 🙏❤🏏🇮🇳 Jai hind !

The left-handed cricketer from Punjab was living his dream but the celebrations didn’t last very long. Just days after the world cup, Yuvraj Singh was diagnosed with a rare form of cancer in his lungs. Self-admittedly, cricket had been very tough on him despite his game for the love. But the battle against cancer was the harshest and most cruel battle he had ever had to fight. And yet, he did fight. He fought and he won.

After undergoing intense chemotherapy sessions in the United States and a lot of mental conflicts, Yuvraj finally got back to where he belonged. Yes, to everybody’s surprise, Yuvraj was back in the field representing team India and hitting balls out of the park in 2012. Yuvraj returned to play India vs Afghanistan World T20 match in September 2012 and he was all Yuvraj on the field that day.

Even the International Cricket Council (ICC) couldn’t stop itself from thanking Yuvraj for his tremendous contribution to the game.

“I remember at that point, I would watch Tendulkar and Ganguly on my television set and know on every fiber of my being that someday I would be out there playing with them— I felt it, I knew it; I believed it.”
– Yuvraj Singh

Not only did he play alongside Ganguly and Tendulkar but he also became their favorite go-to player because of his match-winning capabilities.
The flamboyant superstar cricketer last represented India in June 2017 and bows out with 8701 runs from 304 ODIs.

All the best Yuvraj Singh for your new innings of life! Thank you, for everything!

Ranveer Singh Tells Us Why Deepika Finds Him Hottest In Zoya...