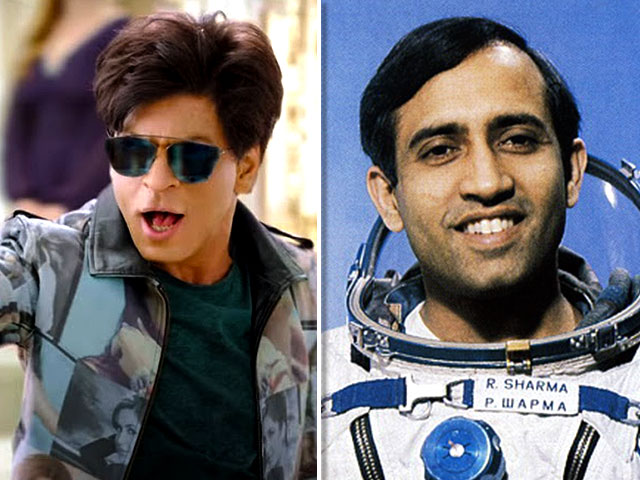 Shah Rukh Khan, the name is enough. The superstar has reportedly been rigorously engaged in shooting for his upcoming movie Zero starring Katrina Kaif and Anushka Sharma. The trio cannot stop gloating about the movie and their Instagram accounts bear testimony to this. The Anand L. Rai film is a romantic drama. But this is old news. SRK will also begin shooting for an upcoming movie called Salute which is a biopic that chronicles the life of the first Indian astronaut to go to space: Rakesh Sharma.

Who is Rakesh Sharma?

Rakesh Sharma joined the Air Force back in the year 1970. He landed on the space station Salyut 7 after having flown the Soyuz T-11 along with two other Soviet cosmonauts. He has made India proud so much so that he was awarded the Ashoka Chakra for his outstanding accomplishment; the highest Indian peacetime gallantry award.

Why does SRK need 3 months of time?

According to reports, after Shahrukh wraps up the shoot for of the much talked about movie Zero by the end of April, he will not be available for the next three months. This is because he would require this much time to prepare himself for the character he is playing – that of Rakesh Sharma. SRK wants to play his character with complete devotion it seems. The actor would, therefore, like to conduct detailed research along with his team, and learn the skills in order to perfectly showcase the role of an astronaut.

After the three months prepping time, the movie shoot will probably start in September and will continue till November. Then again, SRK will be taking a break from the shoot, for promoting his Zero all set to release in December 2018. He will restart shooting for Salute in January 2019, and the movie will be released sometime in 2019 as well.

Salute will be an interesting venture for SRK for he will go back to a related career he left back in Swades. He was seen at NASA in that movie and SRK will surely develop his very own captivating way of approaching this character. Reportedly the actor has also been approached by Sanjay Leela Bhansali for a movie. Such dilemmas!

With the Zero fever in the air, we cannot wait to hear an official statement from the star regarding Salute. SRK will be seen in an entirely new and an engaging avatar here!

Things You Probably Didn’t Know About Our Soon To Be Jamai...