HotFridayTalks
Home Celebrities Why Did Junior Bachchan Go Single In Anurag Basu’s Next?

Anurag Basu’s next movie starring Abhishek Bachchan does not have a heroine! Yes, you heard that right. Produced by Bhushan Kumar, the movie is an anthology with four different storylines. Bachchan will be joined with other filmi stalwarts such as Rajkummar Rao, Taapsee Pannu, Saif Ali Khan, Aditya Roy Kapoor, and Fatima Sana Sheikh. Though Bachchan is the lead protagonist here, he does not have a female lead opposite him.

According to news reports, Basu’s untitled movie will be a sequel to his 2007 superhit, “Life In A Metro”. Bachchan has shot some parts of his role in Kolkata and was later on a break for his wife Aishwarya Rai’s birthday in Goa. Now that he has resumed work, he is ready to complete the remaining portions of the movie. Speaking of the husband-wife duo, they will be next seen together in the movie “Gulab Jamun” which is directed by Sarwesh Mewara. They will be on-screen as a couple after “Raavan”, thus a gap of eight years. Basu decided to work with Bachchan first as he didn’t have a female lead to accompany him. The other members of the cast such as Saif Ali Khan, Rajkummar Rao and Aditya Roy Kapoor have scheduled their dates for other projects but will complete their shoots when they are free. According to Basu, Bachchan is the only character in the movie who does not have a romantic angle to his story, hence there was no need of a female lead.

Last month, Bachchan’s look was accidentally leaked from the sets in Hooghly and Tamalipara in Kolkata. After seeing Bachchan sport an injury mark in shirt-vest and trousers, many fans believed that it was a character that similar to the character of Lallan Bachchan had played in “Yuva” (2004). In the previous movie, Lallan was a local goon who relied on sheer confidence and dynamism to have things his way. If you didn’t know that already, Bachchan was critically acclaimed for his sensitive yet powerful portrayal of Lallan Singh.

Coming back to Basu’s untitled movie, Abhishek Bachchan will be seen as local goon once again. The entire plot is focused on his backstory, which is said to be quite emotional. We are eagerly waiting to see Abhishek Bachchan actively back in the cinema world. After his success as Robbie Bhatia in Anurag Kashyap’s “Manmarziyaan”, we hope that he gives his best in playing such an intense character – with or without a heroine. 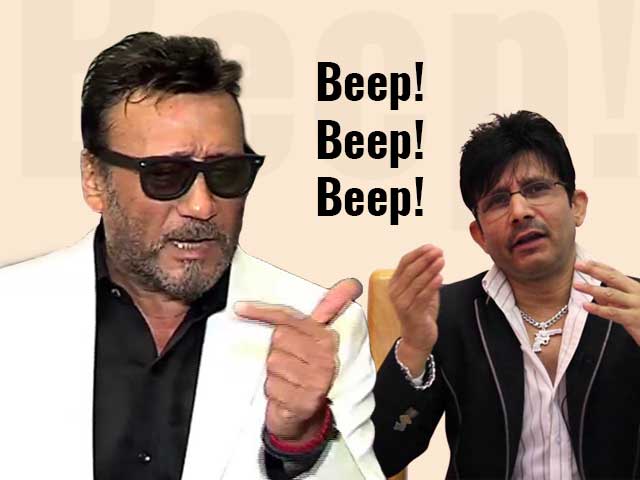 Bollywood Celebs Who Are Known To Be Foul Mouthed