While many are aware of Sunny the actor, not many know Sunny Leone, the philanthropist. Sunny has been actively involved in helping people. It is said that Sunny donates regularly to a school and helps the children of that school with whatever they need. Besides that she is also taking care of an elderly couple by providing them with essentials they need.

Link in bio Hi My name is Karenjit Weber and I am raising funds for my friend, Prabhakar. He is the one who takes care of our whole team while I am shooting. He is also the Mamaji (uncle) of Nisha, Asher and Noah. He is the sole bread winner which makes it very difficult for his family to bear the expenses of his treatment. He has a wife, a mother and his child who depend on him. He has been fighting Kidney failure. One year ago he was hospitalized in a horrible hospital that was not treating his condition properly and told him that he needed to remove his kidneys. They would have killed him for his organs. Daniel (my husband ) and I had no idea until the last minute and removed him from that place immediately and cleared his bills for release. We then admitted him in a proper hospital and he saw a kidney specialist who informed us that only 20% of his kidneys are functioning. With proper eating and medication he has been able to make it through the year. His entire family depends on him for their survival, making it nearly impossible for him to take the rest that he so badly requires for his medical condition. He has recently been hospitalized because he has complete kidney failure and has to be on dialysis. He was even recently pronounced dead on the table and somehow with the hand of God he was resuscitated and brought back to us. He now needs a kidney transplant so he can recover properly to live and work in the field that makes him so happy. The funds raised will be used towards his: Surgery, Doctor's Consultation Charges, Post-operative care, Medicines, Transplant

Sunny also raised funds for her friend and man friday, Prabhakar who takes care of her team. Sunny shared a post stating how Prabhakar was like a part of her family she also mentioned that Prabhakar is the sole breadwinner of his family but had been fighting kidney failure. She started a donation page for him and said that the proceeds for this donation page would go towards his surgery, doctor’s consultation charges, medicines, transplant and post-operative care.

Hi everyone. This girl needs help to live. I don’t know her but her case was brought to my attention and it’s heart breaking. If you can find it In your heart to help it would be amazing. If not with money then forward the message to spread the word. In an unspeakably vicious act, Namra was sexually molested before being thrown off the 8th floor of a building on 29th June. She suffered multiple brain injuries and is fighting for her life at L H Hiranandani Hospital,Mumbai.The treatment is going to cost Rs. 8 lakh, and we urgently need funds to continue the treatment and save her life. We are trying our best to arrange the funds, but are limited by our financial condition, and time is running out for Namra. Please help us raise the required amount by donating. Check my story for the link

This time too, Sunny’s attempts to help a young girl named Namra has gone wrong. In one of the most heinous acts, Namra was sexually molested and thrown off the 8th floor of a building is apparently fighting for her life as she suffered multiple brain injuries states Sunny. In the post that Sunny shared on Instagram, she also tells her fans that the operation will cost around Rs. 8 lakh, and that she is trying her best to arrange the funds as Namra urgently need funds to for the treatment to save her life.

The minute Sunny posted the request, her followers started raising questions as to why she was not making the entire payments herself since it was not that big an amount since she is an actor and earns enough to afford the amount to save the girl! One wrote, “You could have simply asked some of your friends and it would have been easier and much appreciated. Stop this fake concern (it is probably your senseless social media team). “While another follower wrote, “Y’all actors ask money from normal people , why not y’all give the money when y’all earn in crores” 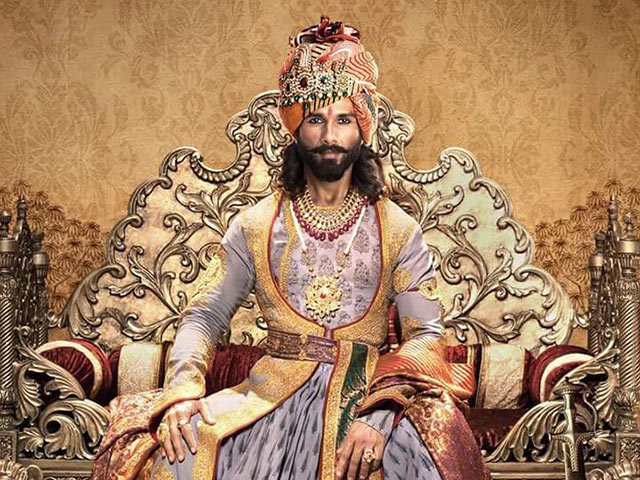 Shahid Kapoor And His Upcoming Movies In 2018