HotFridayTalks
Home Celebrities Who Was John Taking A Dig At When He Said He Does... 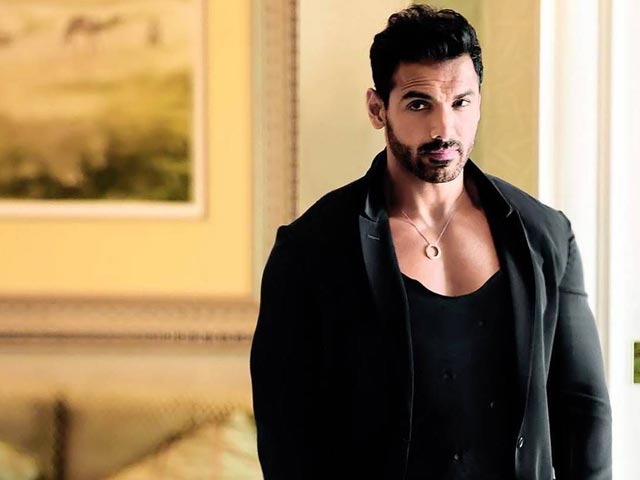 John Abraham has come a long way from his modelling days. From modelling, to acting in films that didn’t do well at the box office and turning producer and giving us films like Vicky Donor, Madras Cafe etc. He doesn’t seem to be competing with anyone, yet he has grown in his own space. How did John manage to do it all, while staying away from the social circles, the filmy parties and awards and events?

Hear it from the man himself, in a conversation with Hot Friday Talks.

“Doing a film like RAW is by default. RAW is something that blew my mind, I loved the idea. RAW is not a stereotypical patriotic film. Is he a spy, a traitor, what is he, that you can figure out when you watch the film. The audience today wants to watch films that are real. They want to see true stories because fact is always stranger than fiction. It’s easier to present something that’s real and when people know something has really happened, then they want to know more about what happened. That is the biggest advantage that real stories have.”

On Why He Has Been Doing One Patriotic Film After Another

“It’s not a conscious decision that I am doing patriotic films, like I said if I like the script then I do the film and I liked RAW. However, it is true that I love my country and maybe because of that such patriotic films gravitate towards me or I reach out to them.”

“In that case there would be no films, there would be no Avengers End Game or any such film. What I mean to say is that before every film, there is a statutory warning like in a cigarette packet, that warns the person that “You’ll kill yourself”, but then they still go ahead and smoke. Even WWE for example says, “Do not try this at home.” Similarly we took put out a warning but by the end of the day, it’s just a matter of choice. In that case then tomorrow someone might say don’t fire a gun or don’t make people laugh etc. There cannot be a restriction on everything, finally you have to do what you have to do. We are cinema, we have to entertain, we have to make different kinds of films.”

“I was always politically aware, since I was a marketing student. When I started modelling after my MBA, I knew that if you have to sell a product, you have to sell the USP of that product so since I was a product and my physicality was my USP, I used my physicality till a point where I had to sell myself. After that I decided that I had to do what I wanted to do. Likewise if you see after I have become a producer, the level of acting has become completely different too. Only after becoming a producer, there is a certain maturity in the performances since I am convinced of what I am doing now.”

About Staying Away From The Glare Of Social Media

“I am not a follower, I don’t know how to follow people, how to belong to camps, I don’t understand that culture. I don’t go to any director begging for films, I create my own content even though it may not be the best in the world. I try to create a different story for people to enjoy. I don’t see the point in posting pictures of what I am eating or if I am sitting in the toilet etc. There are so many social media stars today but what have their done in cinema, has their work impacted cinema? It is easy for me to pose bare bodied and constantly upload the pictures on social media, but I believe in letting my work talk.”

On Why He Doesn’t Respect Awards

“I don’t believe in, or respect awards at all. How can you have an award called Best Social Media Internet Star? I have zero respect for awards and they know that so they don’t even nominate me. If you ask me if Parmanu was worth any nomination? Well, we wouldn’t be nominated or entertained. I absolutely disrespect any awards barring the National award maybe. It’s a laughing stock but we still go for it, we have pan masala brands that are endorsing the awards and we are standing in front of that same masala standee! Our credibility has gone to the dogs, but that is a lifestyle choice, if they’ve chosen to dance at weddings then they can do this also.”

John’s next film is titled Pagalpanti, which he says is a fun film, that everyone from the age of four upwards can watch. “The film is a rollercoaster ride when it comes to laughter,” informs John. At the moment, he is looking forward to the kind of response that RAW will have over the weekend.