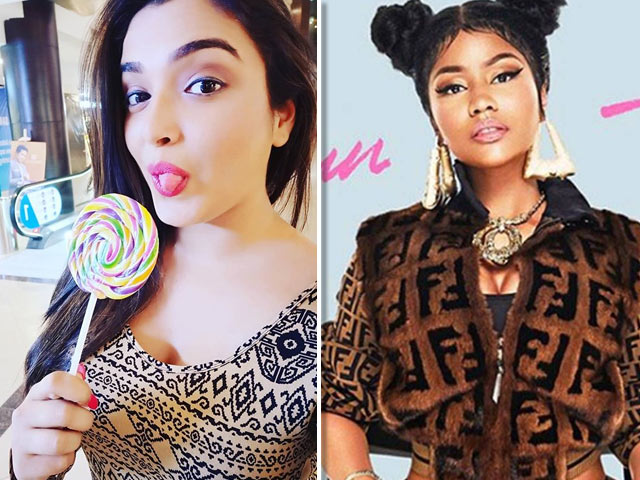 Amrapali Dubey is best known for her natural portrayal of her characters on various Hindi TV soap operas. She has also been credited for playing the role of Sona in her Bhojpuri debut action-romance-comedy “Nirahua Hindustani” (2014). Her current fame in the TV and Bhojpuri movie industry is all due to her great acting skills, heartfelt expressions and sheer hard work.

Hailing from Uttar Pradesh she shifted to Mumbai with her grandfather at a tender age and went on to complete her undergraduate studies at Bhavan’s College, Mumbai. She wanted to pursue medicine as her chosen line of profession, but soon gave up on her dream. Instead, she went for auditions and bagged the role of Suman in her debut TV soap “Rehna Hai Teri Palkon Ki Chhaon Mein” (2009-2010). Soon enough, she was acting in several Hindi serials such as the role of Shweta in “Saat Phere”, Tina in “Maayka” and Reet in “Mera Naam Karegi Roshan”. She has also appeared in the fictional horror show “Haunted Nights” on Sahara One.

Her journey with Bhojpuri cinema began with Satish Chand Jain’s “Nirahua Hindustani” (2014) opposite Dinesh Lal Yadav. She went on to act in a number of other movies too, such as Santosh Mishra’s “Patna se Pakistan” (2015), Swaroop Kumar’s “Jigarwala” (2015), Vishal Verma’s “Beta” (2016), Promanshu Singh’s “Sipahi” (2017) and Santosh Mishra’s “Border” (2017). Dubey has also earned herself the Award for Best Supporting Actress at the Bhojpuri International Film Awards (2015).

Dubey was recently in the news for her sultry belly dance moves in the Bhojpuri song, “Amrapali Tohre Khaatir”. Once again, she has gained the attraction of her fans by posting a video of her dubsmash-ing to Nicki Minaj’s hit song “Chun Li” on her social media account. Her short video clip has become all the rage on the internet, and has fans requesting a ‘second version’ of the song.

In short, Dubey currently enjoys the limelight and has quickly become one of the most popular actresses in the Bhojpuri movie industry. She will be next seen in Iqbal Bakash’s “Veer Yodha Mahabali”, Y. Jithender’s “Nirahua Chala America” and “Nirahua Chala Sasural 3”, all of them releasing in 2019.

Sui Dhaga Actors Become A Part Of The 100 Crore Club!