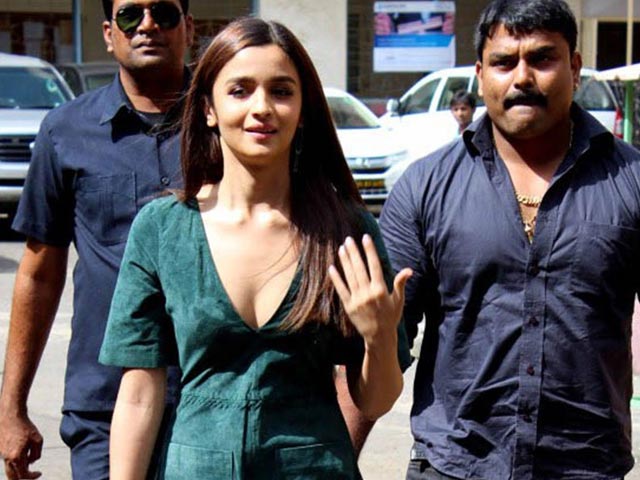 We’ve all heard and read stories about how protective Ranbir Kapoor is about Alia Bhatt these days. The most recent proof was when they were in Delhi to meet the Prime Minister Narendra Modi, and they were mobbed by fans while heading back to Mumbai.Ranbir literally wrapped his arms around Alia to protect her from the mob and escorted her to the car.

BUT this is bodyguard we are talking about here is not Ranbir, this is about the real bodyguard who has been employed to make sure Alia stays safe. The guy we are talking about is Alia’s personal bodyguard who is this huge, muscular man and dons gold chains like Bappi da. It’s difficult to believe that a man like that who has especially been hired to protect the star could end up in tears right? But he did recently and none other than Alia’s co-star Ranveer Singh reported it to us!

Apparently some of the cast, crew and staff of the stars have already watched a screening of Gully Boy and Alia’s personal bodyguard was among them too. He enjoyed the film so much that he was totally engrossed in it says Ranveer. “Alia’s security who is a Simba audience who watched Simbaa multiple times, enjoyed Gully Boy so much that by the end of the film he was crying! Can you image this 120 kg muscular guy with gold chains around his neck sobbing after watching a film?” added Ranveer.

When Ranveer asked him what he thought about the film, the bodyguard said that this was a film based on their lives and that’s why he enjoyed it very much. “When I asked him what he thought about the movie, he said bahut accha laga yeh picture.Yeh to apni logo ki picture hai. It’s characters are very relatable and they are so grounded. Zoya has created a world where you can smell Dharavi,” Ranveer said.

Here’s wishing the team of Gully Boy, All the Best!

Guess How The New Look Of The Thalaiva Will Be?