HotFridayTalks
Home Celebrities What Has Evelyn Sharma Been Up To Lately? 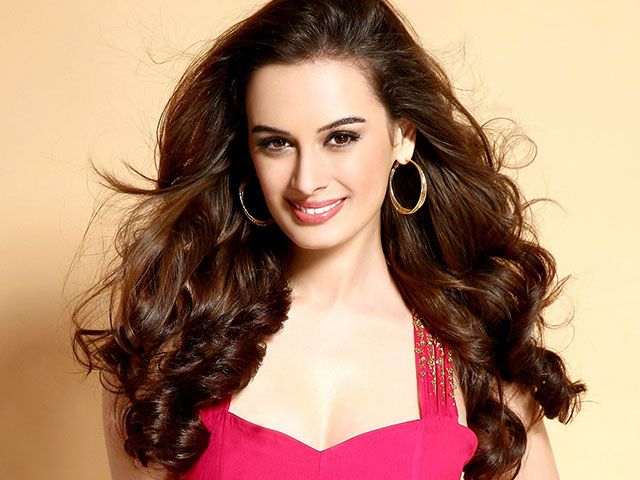 Evelyn Sharma, who was last seen playing the role of Irina in Jab Harry Met Sejal (2017), will be seen performing again in Sujeeth Reddy’s movie “Sahoo” opposite Prabhas this year, which would also mark her debut in Tamil and Telugu cinema. She had entered Bollywood with From Sydney With Love (2012) in the character of Lubaina Snyder, but has made special appearances in movies like Yeh Jawaani Hai Deewani (2013), Issaq (2013), Yaariyan (2014), Main Tera Hero (2014) and many others.

The model turned actor made headlines last year when she posted a picture of herself on her Instagram page, wearing a red-hot bikini that flaunted her cleavage and curves. Rated as one of the best pictures of Sharma in swimwear, she has accessorized her sizzling outfit with bold makeup and a chunky necklace. The post was from Sharma’s photo shoot for the well-known gay adult magazine, Mandate, and her fans could not be happier at her return. Though haters have bashed for the picture in the comment section, she has chosen to ignore the trolls.

Speechless and humbled… This is the best life I could be living and I’m deeply grateful for it. I dreamt of doing an action role and now I couldn’t be more excited to join this mega film #Saaho! Thk you #Sujeeth #Prabhas and team for making me a part of your journey! ♥️ pic.twitter.com/lnqY05QZTN

Sharma has also been reported to be travelling to Los Angeles to consider various scripts for Hollywood, but hasn’t found anything that attracts her interest. Speaking of her latest most-awaited movie “Sahoo”, Sharma will be seen with actors such as Prabhas, Shraddha Kapoor, Arun Vijay, Neil Nitin Mukesh and Jackie Shroff. The film has been shot in various locations across the world such as Mumbai, Hyderabad, Dubai, Romania, Abu Dhabi and Europe. Sharma said that she was both excited and thrilled with the project, immediately agreed to work with Reddy, and posted the news on her social media pages. She was signed up for the movie on the auspicious occasion of Akshaya Tritaya, and she immediately notified her fans of her Bollywood comeback and Tollywood debut.

Evelyn will be performing hardcore action stunts in the movie and is undergoing tough martial arts training sessions for the same, which includes a modified gym routine and strength-gaining exercises. A news report has also revealed that Sharma has lost around ten kilograms of weight to prepare for her character. Though she has been working hard to fit into the role, her character in the movie has still been kept under wraps.

Add some glam to that business look! ✨ Wonder how? 😏 Here’s my style secret how to elevate a classic business look! 👗👜 #mondaymotivation #StyleFile #goodvibes @evelynssecrets https://t.co/ENeNUFW3Cb pic.twitter.com/FrQLoGRb2i

Apart from acting, she also pursues a successful modeling career. She also runs a fashion blog, where she shares her expert tips on fashion and beauty.

Sharma’s co-actors from “Sahoo” have extended a warm welcome to her and have wished her luck for a successful performance, so that she may start receiving better offers from both Bollywood and the Tollywood industry.

Read Also: Five Bollywood Celebrities Who Were Denied Roles Due To Their Complexion

Did PeeCee Use Eco-Friendly Fireworks For Her Wedding? The Nation Wants...