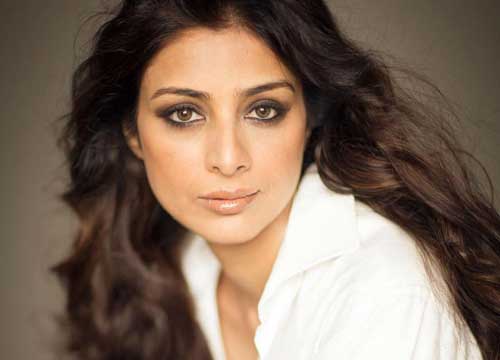 Tabu took everyone by surprise with her role in her most recent film, Golmaal Again, which was a huge contrast from the roles she’s done in her earlier films like Chandni Bar, Drishyam, Fitoor, Haider etc. Most of the people had seen her do more serious kind of roles before she surprised everyone with her comic antics in Golmaal Again. She proved that there is more to her than the serious or reclusive actor that people think she is. Read on to know more about her.

Did you know why Tabu is on Instagram as Tabutiful? She tells us that the only reason she has an Instagram account is because she loves photography and likes to say something through her images. “I like saying something through an image, I am interested in photography. It’s not in my temperament to converse with so many people at the same time. So, I like to post pictures I’ve taken, and maybe some selfies too, because there’s no pressure to engage,” she says.

She’s also tired of being asked the same old questions about her singlehood, choice of roles etc. She says, “I’ve been answering the same damn questions for years. Ask me something interesting, yaar, it’ll make my day.” On being asked about what she thinks about the “the thinking person’s actor” tag that she seems to have got over the years, she says, “I’m very happy that people think so because so many of my heavy roles were unintentional. But what does it mean exactly? Do they consider themselves thinkers or I’m an actor who thinks? But how do they know that for sure?” She has a point there!

Tabu says that she thinks she is somebody who does not necessarily think about films as art or entertainment. “I’m not all that passionate about cinema, I’m not a student of the form. I want to do my work well, and that’s the only relationship have with the craft. I don’t take cinema seriously, and that might be strange for people to know,” she adds.

Tabu and Ajay Devgn’s friendship goes back to 1994, they’ve worked in around 6 films together before they worked in Golmaal Again. “What I like about him the most is that his core hasn’t changed, what formed the basis of our friendship has stayed the same. I think it takes a lot for somebody to be so consistent in this industry,” says Tabu.

She will be seen next in Sriram Raghavan’s Shoot the Piano Player, with Ayushmann Khurrana and Radhika Apte, that is slated for release next year. “I don’t know what I’ll take up after that. I’m always wired for something to happen, and I spend a lot of time thinking about my life journey. For me, cinema has always been about the people that I work with, they’ve had the most impact on me. I’m always secretly hoping to meet somebody who will make me see the world in a different way, and it’s happened so many times.”

These Bollywood Siblings Have Given The ‘Half- Siblings’ Term A Whole...