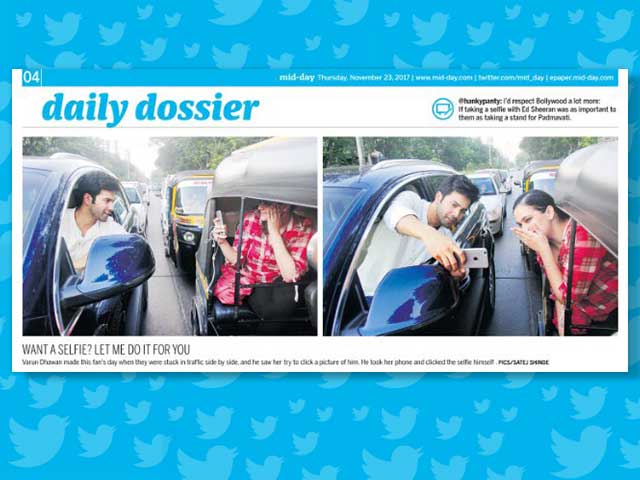 Little must have Varun Dhawan expected that a simple gesture of making a fan happy by clicking a selfie, would land him into trouble with the Mumbai police! Varun was captured on the road, taking a selfie leaning out of his car window, with a fan who is also inside an auto next to his car.

While the stunt style selfie looks like a picture straight out of a Bollywood flick, the stunt did not go too well with the Twitter-savvy Mumbai police who immediately reprimanded Varun via a tweet saying: “These adventures surely work on D (the) silver screen but certainly not on the roads of Mumbai!” That’s not all, the Mumbai Police even sent him an e-challan.

.@Varun_dvn These adventures surely work on D silver screen but certainly not on the roads of Mumbai! U have risked ur life,ur admirer’s & few others. V expect better from a responsible Mumbaikar & youth icon like U! An E-Challan is on d way 2 ur home. Next time, V will B harsher pic.twitter.com/YmdytxspGY

The Mumbai police further added :U (You) have risked ur (your) life, ur (your) admirers and few others. V (We) expect better from a responsible Mumbaikar and youth icon like U (you)! An E-Challan is on d (the) way 2 ur (to your) home.”
They have also strictly warned him that the next time if it happens again, the punishment will be harsher.

Varun, in turn, tweeted an apology, to the Mumbai Police. “My apologies. Our cars weren’t moving since we were at a traffic signal and I didn’t want to hurt the sentiment of a fan, but next time I will keep safety in mind and won’t encourage this,” said Varun in his tweet.

My apologies 🙏 Our cars weren’t moving since we were at a traffic signal and I didn’t want to hurt the sentiment of a fan but next time I’ll keep safety in mind and won’t encourage this. https://t.co/MEJk56EksG

The Mumbai Police appreciated Varun for taking the message in the “right spirit” and explained: “Leaning out even in a stationary vehicle can be distracting for others considering your popularity.”

This is not the first time a celebrity has been fined or reprimanded for breaking traffic rules, earlier Shahid Kapoor’s wife Mira Rajput too had been fined by the Traffic police for parking her car in a no parking zone. This just proves that ‘Kanoon ke aage sab barabar hai!!’

Read Also: Varun Dhawan Is Most Loved By Kids And Here’s The Proof 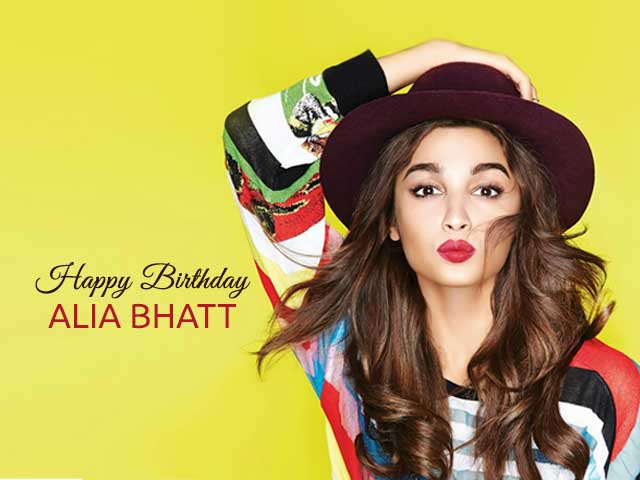 Alia Bhatt’s Growth As An Actor – From Sangharsh To Gully...