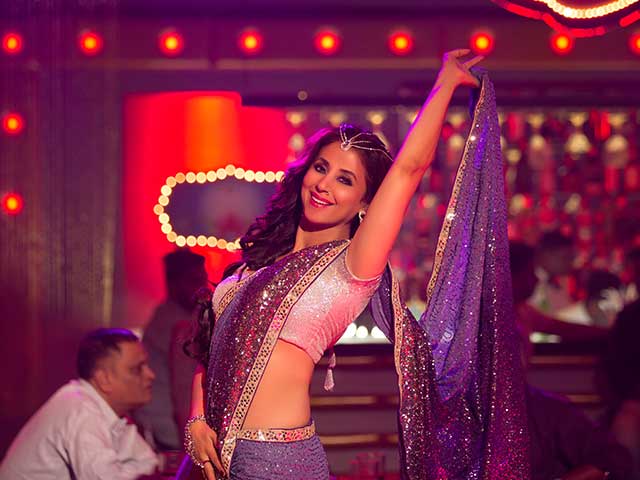 Urmila Matondkar is back with a bang; with and as Bewafa Beauty, a song from the upcoming movie Blackमेल directed by Abhinay Deo. Urmila makes a comeback after almost a decade! The song is set inside a bar and Urmila plays a bar dancer.

Apparently, Matondkar was cast because Abhinay wanted the song to revive the memory of similar songs from the past. As he explains, “Firstly, Urmila is a massive star, she is not an item girl. We were not looking for an item girl for this song. We wanted a performer, someone who has tremendous value as a star in the audience’s mind. We also wanted someone who has not come in front of the silver screen for a while now. From all the names we came up with, I personally believe that the biggest and best name is Urmila. She fit the bill perfectly, is gorgeous, and is an incredible dancer — a perfect match for the song and film.”

Urmila is known for her superb and captivating dance moves, in number like Chamma Chamma after which she came to be known as the Chamma Chamma girl. In Bewafa Beauty she will be seen setting the screen afire as a bar dancer. The song like we mentioned earlier is set inside a bar and while the music and lyrics mock lead actor Irrfan, who is dealing with an unfaithful wife, the place offers a glimpse of the place where he recites his life’s tragic turn to a friend.

Revealing how Bewafa Beauty came to be, director Abhinay Deo recalls, “Initially, there was no song in the film. But when we were discussing the film creatively, Bhushan, being T-Series and having a keen ear for music, felt that there should definitely be a lip-sync song. I already had an idea of including a song which could take the story ahead. I did not want an item number that comes and goes. We knew that the song should be able to say something in the film. By its name, ‘Bewafa Beauty’ states that it is about a beauty who is unfaithful, which is the premise of the film — a man whose wife is cheating on him.”

The makers wanted to make a song that looked humorous and naughty without looking vulgar. The lyrics have been penned by Amitabh Bhattacharya and composed by Amit Trivedi, while Pawni Pandey has sung the song.

The film is a quirky comedy and boasts of an ensemble cast of Irrfan Khan, Kirti Kulhari, Divya Dutta, Arunoday Singh, Omi Vaidya, Anuja Sathe, Pradhuman Singh Mall, Gajraj Rao, among others. Produced by T-Series and RDP Motion Pictures, the film is slated to release on 6 April 2018.

How Did These Celebs Bring In The New Year?