HotFridayTalks
Home Celebrities This Is Why Rakul Preet Does Not Have A Man In Her... 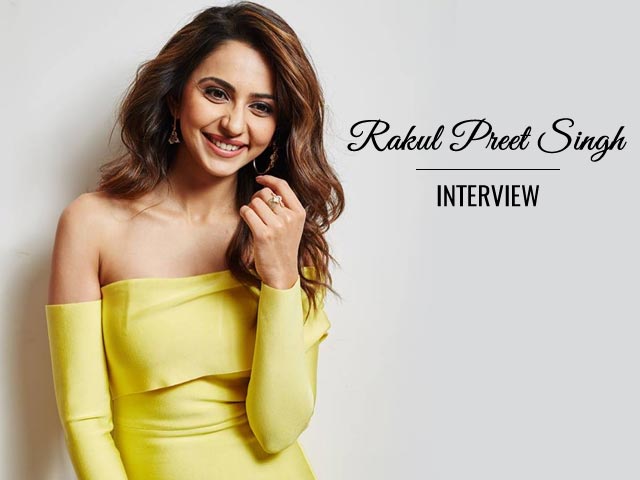 She was all of 18 when she started her film career, did her first film, Yaariyan, but she was noticed right from her first film. She then signed Aiyaari after that, where she proved her acting skills. From being an army kid, to moving to Hyderabad and Mumbai on her own, to being one of the most sought after stars down south, and now making her mark in Bollywood too, Rakul Preet Singh, has come a long way.

In a conversation with Hot Friday Talks, Rakul says, “I feel I am much more prepared for the Mumbai world today, prepared for my craft. Then I was facing the camera for the first time, I knew nothing and being an army kid, you don’t even grow up on a dose of films. I wasn’t allowed to watch TV after a certain time limit. Some people may think that the hustle in Mumbai is too much to handle but I enjoy the hustle, I am a workaholic and I enjoy my work. I am also overwhelmed by the way people have noticed me.”

In her forthcoming film, De De Pyaar De, she plays a character called Ayesha, who’s a fun young girl in love with a man (Ajay Devgn) who’s twice her age. “She’s an HR person but she bartends too, since she loves her alcohol and loves to get people drunk. She makes her own choices and can take a stand for herself. Though I do identify with a few shades of the character I play, there are a few I don’t. Like she loves alcohol and I am a teetotaler, I choose to not drink The biggest joke was acting drunk for the song Vaddi Sharaban while never having experienced being drunk in real life!” says Rakul

While she finds love in an older man in the film, Rakul is still single in real life and she says she’s still struggling to find the right guy, or for that matter struggling to have a crush even. She says, “I am struggling to have a crush right now. People have asked me whether I would date a man much older than me in real life, but forget older or younger, there is no man in my life! I don’t get hit on! Sometimes I wonder whether I am intimidating, which I don’t think I am.”

When I ask her why she is still struggling, for a pretty young girl like her, finding the right man should not be a problem. What is it that she looks for in a man, does she have some unreal expectations? Rakul says, “My criteria is that my man has to be at least six feet tall, because if I wear heels and am taller, I can’t be looking down on him. But that doesn’t happen so I have done my own mathematics, 90% of cases, the men are shorter coz I am tall. As for the remaining 10%, what is the guarantee that they are single and not dating. Then the fact that you are an actor and so might be unapproachable is another issue.”

Rakul says that she never had the chance to date anyone before she started working because she started working very young, when she was eighteen. “I never had the chance to date anyone. Yes I did have a crush on someone older but not very old, around 7-8 years older. I would like a guy who’s older but definitely not younger. Having said that, a lot of my friends have a successful relationship with guys much older or younger than them. For example one of them is in a relationship with a guy who is only one year younger than her own father, and they are happy,” says Rakul.

Even though Rakul hasn’t yet found the man of her dreams, she believes strongly in love. “I am a true believer of love, and I believe that love is for the two people involved in it, and not for the society. As long as they compliment each other, and they are happy then I don’t think anyone should have a problem, or judge them. If they are happy in life, why should they have a problem? It’s nice to see two people with an age gap happy, and in love, than two people around the same age, who fit all the bills of society, but are fighting everyday, and not at all happy, and cheating on each other etc. There’s also no point in planning, destiny will take its own course, so I take one day at a time, live one day at a time,” she says.

Rakul also says, that being an army kid has helped her a great deal in life, and she can adjust anywhere, because they’ve always moved around. Rakul says, “Travelling is not an issue, I can settle anywhere. I can live anywhere from a mudhouse, to the middle of a jungle because we have seen that life and lived in the borders and that makes you very adaptable to changes.”

All the young eligible, “taller than Rakul,” bachelors out there, will you please line up! You have a girl who is a teetotaler, gorgeous, independent, smart and very adjusting. What more do you want?

Here’s wishing Rakul all the best for her forthcoming film, as well as finding true love!

Times When Aditi Rao Hydari Stunned Us With Her Acting