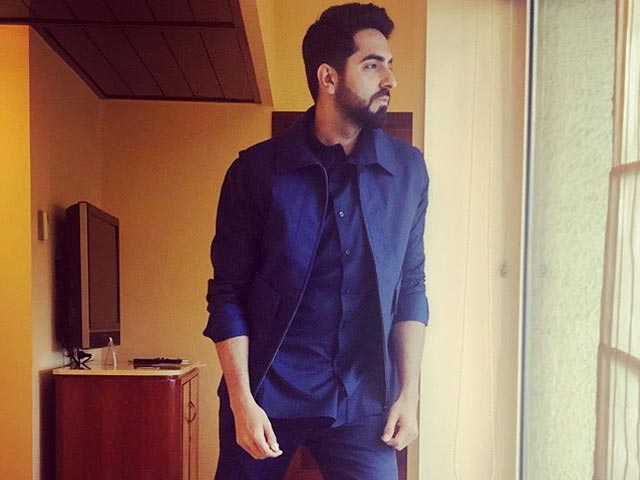 Actors have been known to go to various extents for their passion in movies. A time comes when they really make us go weak in the knees by the amount of zeal and dedication they devote for the purposes of our entertainment. Our favorite actors leave no stones unturned to make a difference in our lives and we shall be ever grateful to them for that. Some actors have transformed their looks, some of them have learned new dance forms, some of the very talented actors have taken to singing. Very recently, Ranveer Singh’s rap sessions in Gull Boy showed us his endless devotion to his work.

While it is a praiseworthy yet common thing to learn something new for their acting career because that is their way of life, but how many of the present day actors have the time for mastering any other skill that does not involve acting? Our very own Vicky Donor has impressed us time and again and this time he is going to ace the skill of learning the historic language, Urdu. It has been seven years since this talented star’s birth in B town and he has never disappointed us and all his movies have rocked the box office because of his sheer acumen in the art of acting.

Having given us two back to back hits like Badhaai Ho and Andhadhun, last year, Ayushmann Khurrana is currently in Lucknow, shooting for his next film, Article 15. We all know how hectic the schedule of shooting can get. However, apparently, nothing can stop him from pursuing what he loves. He is making the best of his stay in Lucknow as he has decided to learn the Urdu language aside from shooting for Article 15.

However, it is never too late if you have your heart in the right place and Ayushmann Khurrana is now learning Urdu from one of the coaches in Lucknow, who happens to be an adept in the language. Ayushmann, like his grandfather, wants to ace the language and he is devoting quite some time for that in Lucknow. Ayushmann revealed that it was a dream –come- true for him. Other than being an amazing actor, he is also a great poet as he tries his hands at poetry from time to time. He feels, and so do we, that learning Urdu will make him a better artist and a poet. It is his love for poetry that has drawn him towards learning Urdu, and his devotion is commendable as he makes it a point to visit the coach thrice a week.

Article 15 is helmed by Anubhav Sinha, and the movie encompasses the statement of Article 15 of the Indian Constitution, which prohibits discrimination of the grounds of religion, caste, race or sex. Ayushmann will also be starring with Nushrat Bharucha in Dream Girl.

Bollywood Actresses Who Worked In Tollywood