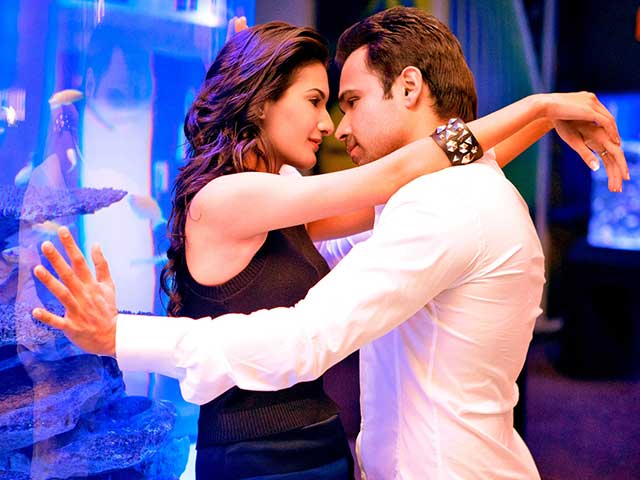 Bollywood has witnessed a lot of kissing. It is an age old cinematic tradition, and although we have had reservations about what we watch on the big screen, no one says no to a little kissing. Even before Ranveer+Vani broke all records and went on a kissing spree with a staggering number of 23 kisses in Befikre, Emraan Hashmi had earned the serial kisser tag. So, kiss day being on everyone’s minds today, how can we forget to mention Emraan Hashmi who has successfully bagged the tag of “the serial kisser” of Bollywood, but how?

The actor has shared steamy kisses with almost every actress he has starred with, right from the beginning. His debut, Murder was known for its super hot and steamy scenes. How can one forget his kiss with Mallika Sherawat, which warned B town of the emergence of not only a good actor but a great kisser!

His kiss with Jacqueline Fernandez in its sequel Murder 2 was perhaps just as appealing. If we are anticipating another Murder movie starring Hashmi, we cannot imagine it without a kiss!

Ashiq Banaya Aapne featured an equally long and luring kiss between Emraan Hashmi and Tanushree Dutta. Every film he stars in is scrutinized excessively to check the number of kissing scenes. Well, we know why!

Then came Zeher, a thriller where Emraan kissed Udita Goswami with vigor and passion that is unmatched. It was also a major success.

His kiss with Kangana in Gangster just before Abhijit’s “Lamha Lamha” gave a familiar tug to our hearts. It was the most beautiful and passionate of all kisses.

The Once upon a time in Mumbai and The Dirty Picture phase was the time where his acting was widely appreciated. Not just that, his steamy scenes with Prachi Desai in the song “pee loon” became a massive sensation and so did his kisses with Vidya.

Although Jannat was a massive success, Jannat 2 was especially known for the on-screen chemistry between Emraan Hashmi and Esha Gupta and of course how can one forget – the kisses!

He did suffer a stall in his career graph but he came back 4 years later with Azhar, a biopic of Mohammad Azharuddin and we loved every bit of the film just as much as the kissing scenes with Prachi Desai and Nargis Fakhri.

In an interview, Emraan Hashmi agreed, that his movies that featured kissing scenes, did well towards the start of his career. Neither did he wish to run away from the tag of a “serial kisser” and said that it has in fact, benefitted him greatly! Looks like Emraan Hashmi has absolutely defied and redefined Kiss day for all of us!

Read Also: Did You Know What Your Kiss Means?

Guess What Rohan Mehra Would Be Doing If Not Acting!