HotFridayTalks
Home Celebrities The New Coolie Of B-Town, Varun Dhawan, Takes Over The “Badge” Of... 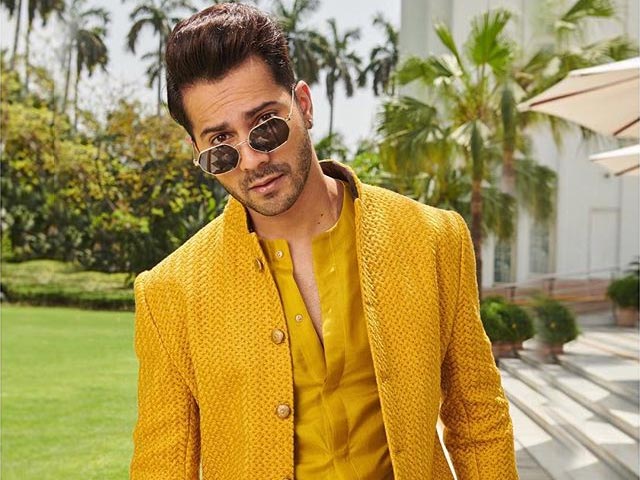 The friendship between Bollywood and its love for remakes dates back to a long, long time. Tinsel town has given us a few classic movies to cherish for a lifetime in the golden age of the 90s, and now since that golden age is long back, the 90s kids will no longer have to be sad for there is always the awakening of remakes. There were a few movies which we grew up watching, which formed an integral part of our afternoons in the summer holidays. They were the evergreen “No. 1 series”, which left us in splits.

It was the legendary Govinda who ruled over the iconic No. 1 series by David Dhawan. Be it the quirky aunty in Aunty No. 1 or the hero who turns into manservant for love in Hero No. 1, Govinda has been a true comedian of B town. One of the movies of the No. 1 series which we hold very close to our heart is Coolie No. 1, which is one of the greatest comedy films ever made. It was a love story between Karisma Kapoor and the coolie, played by our very own Govinda.

Decades later now, it is time for that legacy to be passed on, and Bollywood buffs were thrilled when Varun Dhawan took to Instagram to unravel the long lost memories of the past. He posted a picture of Govinda’s Coolie No. 1 badge and nostalgia hit us hard. The badge and the red colored costume of all the coolies out there brought back the images from the 1995 version of the movie. Along with this picture came the rocking news that the sequel of Coolie No. 1 will be releasing on 1 May 2020. Now, obviously, with that piece of news, the fans cannot keep calm. It is of utmost significance that Coolie No. 1 will be released on Labour Day. It seems like the makers of this historical comedy film have given a lot of thought to the release date of the movie.

Varun Dhawan is as excited as we are, for more reasons than one. He gets to walk in the shoes of the legendary Govinda and the fans have huge expectations from him. His post was oozing out excitement too. Varun had worked with his father in the movie, Judwaa 2, and that turned out to be a massive hit. The original Coolie no. 1 was also directed by David Dhawan, and we are dying to find out what will be new in the remake.

The remake of Coolie No. 1 will see Sara Ali Khan and Varun Dhawan share screen space for the first time, and we have high hopes from Sara as well for she has proved her acumen in her last movies.

So, save your dates for the remake of this classic comedy.

5 Dance Moves That Proved No One Can Dance Like Aishwarya...