HotFridayTalks
Home Celebrities The Many Avatars Of Arjun Kapoor 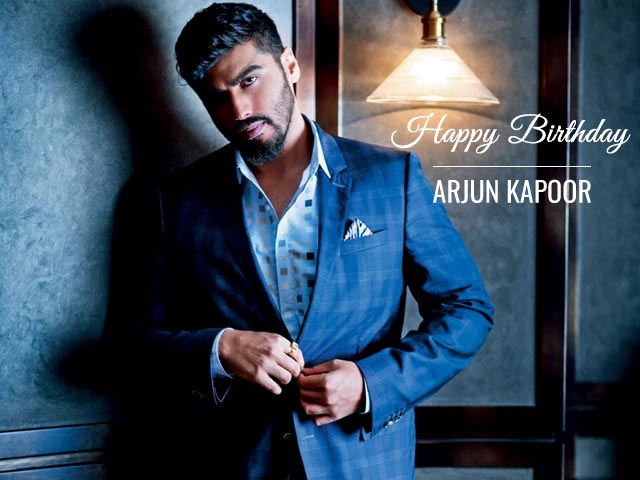 Like I’ve mentioned earlier too, he’s one actor I feel is real, honest, warm and loving even though like he told me in one of his interviews that many misunderstand his look for being ‘khadoos’. But I’d say he’s anything but ‘khadoos’. Unlike many he has no starry airs and is extremely respectful.

From playing Parma Chauhan in his debut film Ishaqzaade, to Prabhat Kapoor in India’s Most Wanted, Arjun Kapoor has come a long way. Not only has he shown different shades of his emotion as an actor but also as a son, brother, lover and best buddy. In spite of facing a huge tragedy at a very young age, which could make anyone lose control of their lives, Arjun has not only risen above all that but has shown immense strength.

We’ve seen Arjun play different avatars in his films but let’s take a look at the many avatars he plays in real life.

It takes a lot of courage to stand like a pillar for someone when one has faced a heartbreaking tragedy himself but Arjun Kapoor has been a pillar of strength especially to his father, Boney Kapoor ever since the death of his wife and actress Sridevi.While we were at Sridevi’s funeral paying our last respects, the people at the venue were all praises for Arjun and told us how Arjun was there personally making arrangements and to see that everything was under control. When I asked Arjun what made him do that, knowing the hurt he must have felt earlier, Arjun said, “I was in Punjab when I got the news. I called my maasi and sister immediately. I had to do what I felt was right. That’s what my mom would expect of me, to be there for my father and family. If I can be a good brother and a good son, then why not?” A good son for sure he has been.

He’s the kind of brother and son every family would love to have and that is so evident from the posts that his younger siblings share on social media. Arjun seems to be the perfect big brother to his sisters Anshula, Jhanvi and Khushi. After the death of their mother, Sridevi, Arjun immediately took his two young sisters, Jhanvi and Khushi under his protective wings. He along with his sister Anshula gave them the much needed support they needed. Arjun who himself lost his mom few years back just before the release of his debut film said, “I know how it feels. I have seen it myself. It’s not easy, my back is already broken. There is a sense of vacuum in me that only Anshula fills.”

But now he has two more sisters to love and Arjun says he is happy he followed his instinct. “I am happy that I followed my instinct. I have no regrets. But I would never wish such a thing to happen to even my worst enemy. I wish it hadn’t come to that thing for us to react towards each other. Mujhe toh kuchh achha hi mil gaya hai, I’ve got two more sisters,” adds Arjun.

Arjun also showed his protective side when he confronted trollers and also slammed a news website for trolling his sister Jhanvi earlier. The trollers trolled Jhanvi for her clothes and that did not go well with Arjun who took to his Twitter handle to give them a fitting answer.

Arjun Kapoor and Parineeti Chopra made their Bollywood journey together in 2011, when they did their first film, Ishaqzaade. They have been friends for almost 8 years and the comfort the two share is evident from all the banter they share on their social media accounts. When asked about the same, Parineeti said, “ I met Arjun in 2011 and it’s been a friendship of almost eight years. It’s the most real, honest, genuine friendship. Our relationship is like that, we just cannot talk normally to each other because it almost feels fake and awkward if we do. I love that I can be myself with him.”

Even without making a huge noise about their relationship, Arjun Kapoor and girlfriend Malaika Arora Khan gives everyone serious couple/romance goals with their cute social media PDA!

Their relationship has been creating quite a buzz with talks about their marriage etc. but the two have hardly let it affect their relationship. However, this is not the first time people have written about Arjun and his affairs, he has been linked with several celebrities and when questioned about the same, Arjun says with a straight face, “Women like me for the person I am, I’ve allowed myself to develop into that personality.”

Here’s wishing him more love and sunshine on his birthday today!

Do You Know Shruti Haasan’s Secret To Her Charming Beauty?