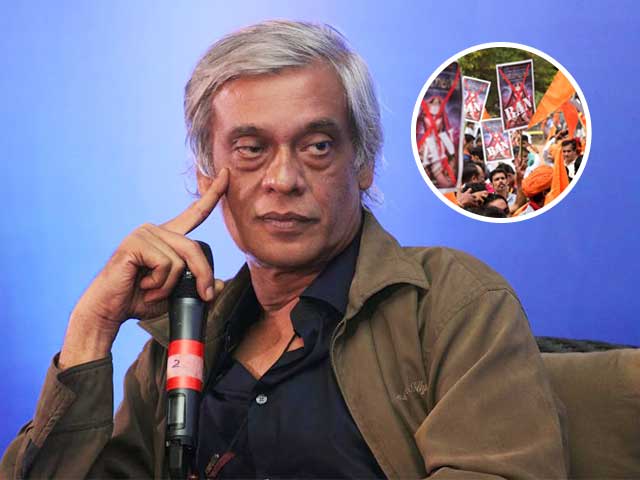 Never one to mince words, amid the row over Sanjay Leela Bhansali’s ‘Padmavati’, director Sudhir Mishra on Tuesday said a filmmaker’s right to express is as fundamental as a person’s right to protest.

Mishra said that people have a right to express their anguish with anything they might find offensive as India is a democracy.

“As an industry we stand by each other defending our right to make films. And if anyone has any problem with the film they are free to express as we live in a democracy. But you can’t take away my right to express as a filmmaker as well. It is as fundamental as expressing protest and that’s all we are saying,” Mishra said on the sidelines of IFFI Panorama Section inauguration.

Batting for Bhansali and his film, which has been postponed amid protests by various Rajput groups and political leaders, Mishra said the “Ram-Leela” director is a responsible person and will not hurt the sentiments of the people.

“Nobody has seen the film and I am sure Bhansali has not done anything which will hurt anyone’s sentiments. I wish the film was released as Bhansali is a very responsible mainstream filmmaker. He will not do anything to hurt the value system of masses,” Mishra said.

“We all came together for ‘Padmavati’ because we believe whatever the film may be, it should first be seen. Tomorrow I may not like the film. But we are fighting for Bhansali just as Bhansali should fight for me. And I hope he does. For me ‘Dharavi’ was taken out in 1991 from theatres and nobody fought. I was alone and my career went back five years,” he added.

He also defended the Central Board of Film Certification (CBFC) chief Prasoon Joshi who had slammed the makers for allowing the film to be screened for various media channels before certification.

“Prasoon Joshi has not taken anything personally. It is his position. He is the chairman of the CBFC and he is speaking on behalf of the CBFC,” Mishra said.

Recently, Shabana Azmi too came vocal about her distaste for the baseless anti-Padmavati protests.

“The entire film industry should boycott the IFFI next month in Goa in protest against the threats issued to Padmavati, Sanjay Leela Bhansali and Deepika Padukone,” Azmi said.

“If Smriti Irani is preparing for such an impressive turn-out at IFFI this year, that is possible only because the Indian Film Industry brings such acclaim to it. But the film industry keeps quiet about Padmavati! This is exactly like H.K.L. Bhagat and Congress celebrating IFFI in Delhi after the murder of Safdar Hashmi,” she said.

We wonder why so little action has been taken against the perpetrators of violence against the Padmavati team.

RIP Girish Karnad: Here are His Best Works to remind us...