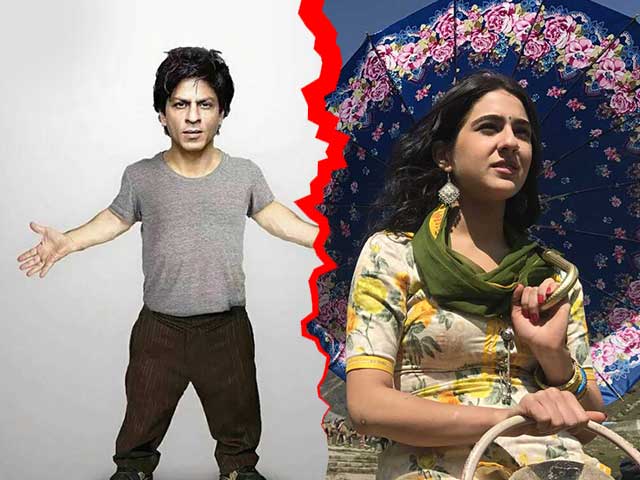 Box office clashes are inevitable as they usually take place during the festive seasons like Eid, Diwali, Christmas, or national holiday weekends Republic Day or Independence day. The clash most of the times affects the business of a smaller star’s film and quite rarely both films fare well. And what would happen if a newbie’s film releases along with a Khan film?

Sara Ali Khan debut vehicle ‘Kedarnath’, which also stars Sushant Singh Rajput is all set to release next Christmas. Well, it’s the same date when Shah Rukh Khan’s dwarf film is slated to release. However, thankfully, the makers are well aware of the consequences of the clash and trying hard to avert it.

Prerna Arora, the producer of ‘Kedarnath’, says she is trying to avert the box-office clash with superstar Shah Rukh Khan’s film.

Anand L Rai, the director of the yet-untitled film in which Shah Rukh plays a dwarf, had announced December 21, 2018 as the release date a year ago, while “Kedarnath” producers made the announcement about their film just a couple of months ago.

Asked about the face-off between the two movies, Prerna, of KriArj Entertainment, said they do not have an alternate date but she is not too keen on releasing “Kedarnath” on December 21 next year.

“We are thinking (to move the release date). We might not compete with Shah Rukh sir. We are still talking to Abhishek (Kapoor, ‘Kedarnath’ director). We have to figure out which date is suitable for us. Once we get that, we will be able to reply,” she said.

“Right now it is December 21, and until I get the right date I don’t think we will be able to move. But if we do get a date, we will move from Shah Rukh sir’s film,” she said.

Dialogues Of Salman Khan That Never Cease To Entertain