The film on the hockey legend Sandeep Singh is out in the theatres today and Diljit Dosanjh is being praised for his role as Sandeep Singh. His work in portraying the role of the hockey player is being well appreciated.

On being questioned about why not other actors like Akshay Kumar who is already playing a hockey player and coach in his soon to be released movie Gold, and also happens to be his favourite Bollywood actor, Sandeep said, “Akshay is too old to play my role on screen!” He also added that he wanted a real sardaar to play the part. “I felt that the person playing my role should be a real Sardar. That feeling should come from inside,” said Sandeep. Interestingly though Sandeep tells us that there is no a single film of Akshay’s that he misses!

On non-Sardar’s (Sikh) doing the role of a Sardar, Sandeep said, “Farhan Akhtar did Milkha Singh and he even looked like him. But Sandeep Singh’s identity is different. You people might not know but my identity on the hockey field is different. Hence, I wanted a real Sardar.”

Diljit who was a wee bit uncomfortable with that comment quickly added, “Sorry! but Farhan did really well as Milkha Singh.” After which Sandeep went on to explain saying, “I am not demeaning Farhan, Milkha Singh is a legend and it wasn’t easy to perform his role, Farhan did a good job. But the person playing my character should look real. It shouldn’t look like a joke or fake. The movie is a biopic. It’s not a comedy movie. The kind of pain I have gone through should come across on the screen.”

Sandeep is very happy with Dosanjh’s performance. “I am satisfied by paaji’s [Dosanjh’s] role. That one scream in the trailer gave goosebumps. So, you can imagine how people would cry in the whole film,” Sandeep added.

Sandeep revealed that a Punjabi filmmaker had approached him for permissions to make his biopic much before Soorma but he declined the offer. He said “ I refused it because I wanted it to be made on a wider scale in a Hindi film. A Hindi film will reach in every house. Today’s youngsters give up very easily. So, I want people to get inspired and not get bogged down by small hiccups in life. A Punjabi language film will be limited to Punjab, not that I am against Punjabi in any way. I am from Punjab and I love Punjabi movies, but I wanted to tell my story to everyone.”

It is a story worth being told to everyone indeed! 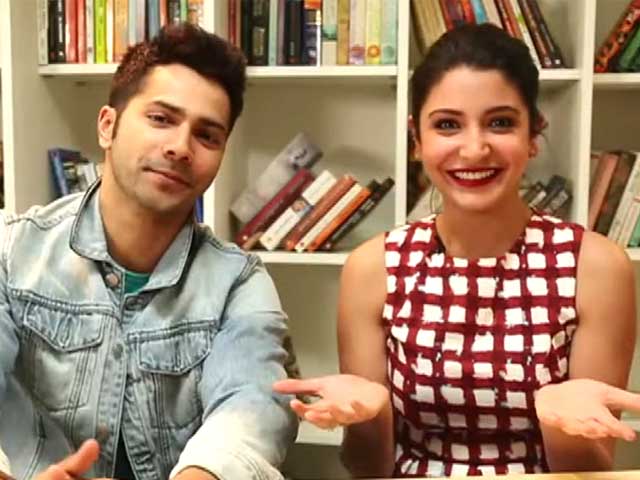 New Bollywood Jodis We Are Looking Forward To In 2018