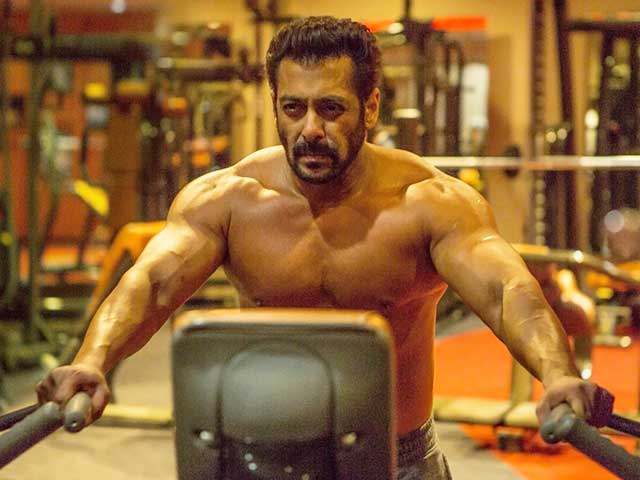 Salman Khan’s Tiger Zinda Hai is one film that’s full of edge of the seat kind of action and stunts. It is being said that Salman had to put in extra efforts for the film as far as the fitness was concerned. Even though Salman is known for being fit and religiously doing his workouts, he had to maintain high levels of fitness for Tiger Zinda Hai.

Salman who has pulled off jaw-dropping, death-defying stunts all by himself in harsh weather conditions whether at the deserts in the Middle East or in sub-zero temperature when he shot at the Alps, looks like a million bucks and drool worthy in Tiger Zinda Hai. He’s at his fittest best!

Director Ali Abbas Zafar tells us the secret behind Salman’s fit look in the film. He says, “Salman has really pushed himself for the part. It is incredible and inspiring to see the biggest superstar of the country go through the grind every single day to maintain the awe-inspiring fitness levels that he has for Tiger.”

According to Ali, Salman started training extra hard at the gym even before the shoot of the film started. “Salman had trained, actually we should say he has killed himself for about 3 months at the gym before the shoot began. Altitude training is something that Salman had to do given the fact that we were shooting in the Alps and pulling off some daring stunts with him. During the shoot, be it the middle of a desert or on top of the snow-capped mountains ; Salman was training every day. He used to ride his cycle to the set and we all know it’s not easy to cycle in such harsh environments. He used to easily ride for more than 10 kilometres every-day to get to the set. He had worked out his own exercise regime given the limited options. Salman’s diet was incredible. His diet kept him light and agile and he paid minute attention to whatever he was eating. The cheat day came in the last schedule of Greece!” adds Ali.

Well, we can’t wait to see this tiger roar in Tiger Zinda Hai can we? The wait is almost over as the film is all set to release on 22 December.

Read Also: What To Expect From Tiger Zinda Hai Music?