HotFridayTalks
Home Celebrities Romantic Dialogues From Ranveer Singh’s Films That Will Make You Believe In...

In his film Goliyon Ki Raasleela Ram-Leela, Ranveer Singh says, “Hero banne ke liye jigar ki zaroorat padti hai … aur jab jigar ho toh bhari bandook ka kya kaam?” and he’s absolutely right. Ranveer has proved how big and strong his ‘jigar’ really is. His journey as an actor has been a successful one. In one of his interviews he mentioned that he always believed he was made for the showbizz, even when he was five years old, and he’s worked hard to turn his belief into reality.

On his birthday today, Ranveer unveiled his first look as Kapil Dev from his much awaited film, ‘83. The first-look photo from ’83 shows Ranveer sporting Dev’s signature mustache. He is dressed in a white t-shirt, and can be seen spinning a read leather ball with a fierce look in his eyes. Ranveer has an uncanny resemblance to the younger version of Kapil Dev and it’s because Ranveer has worked hard to get into the skin of the character like always. ‘83 will also see Ranveer reunite with his actress wife Deepika Padukone, who will essay the role of Kapil Dev’s wife, Romi Dev.

Ranveer gets into the skin of any character he plays and when it comes to romance, he gives everyone serious romance goals whether it’s in his real life or reel. Here are some of Ranveer’s most romantic dialogues from his films: 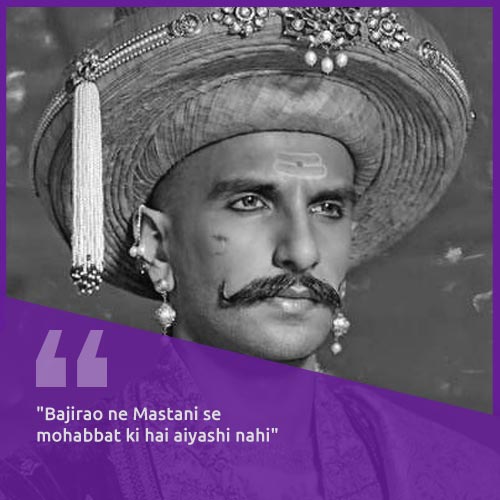 This dialogue from Bajirao Mastani is a simple statement but it has a great impact. 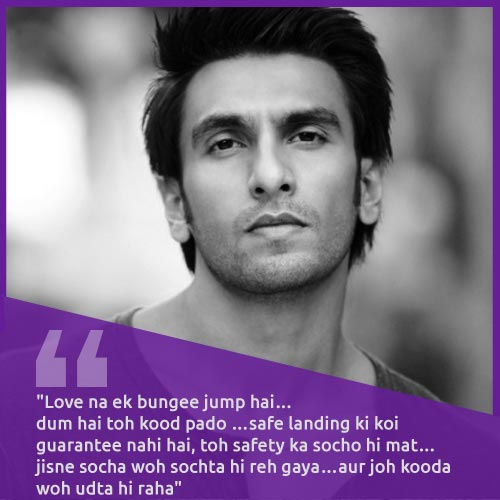 This dialogue from Befikre which was a new-millennial kind of romance, summarises love in one beautiful metaphor. 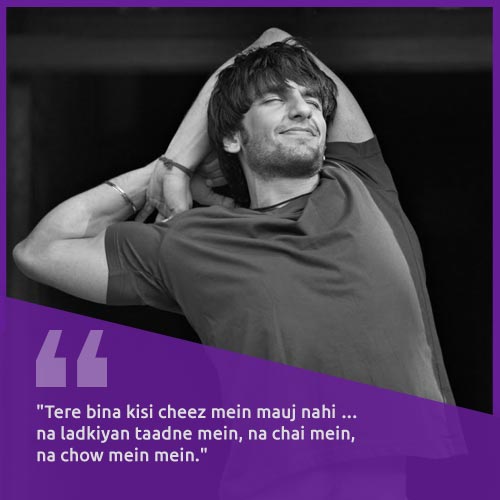 In Band Baaja Baaraat Shruti (Anushka Sharma) and Bittoo (Ranveer) are brought together by a chance meeting, the two become partners as wedding planners and they decide not to mix business with pleasure until they realize that they are in love! 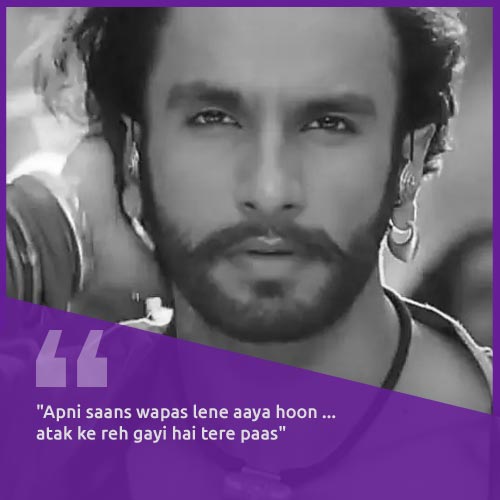 Goliyon Ki Raasleela Ram-Leela, a tragic romantic love story, was full of such thought provoking and awe inspiring dialogues, but this one tops the list. 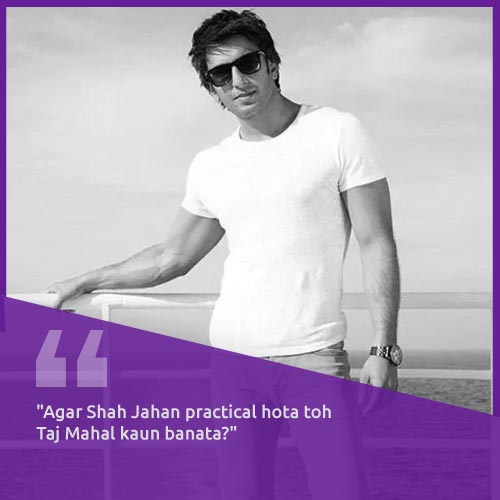 Dil Dhadakne Do is a family drama, that didn’t do wonders at the box office but was appreciated by the critics. This Taj Mahal dialogue by Ranveer from the film tells us how love need not always be practical.

What’s your favourite Ranveer Singh dialogue? Write back and let us know

Danish Zehen Death Has Left Youngsters In Shock But Who Is...