HotFridayTalks
Home Celebrities RIP Girish Karnad: Here are His Best Works to remind us of... 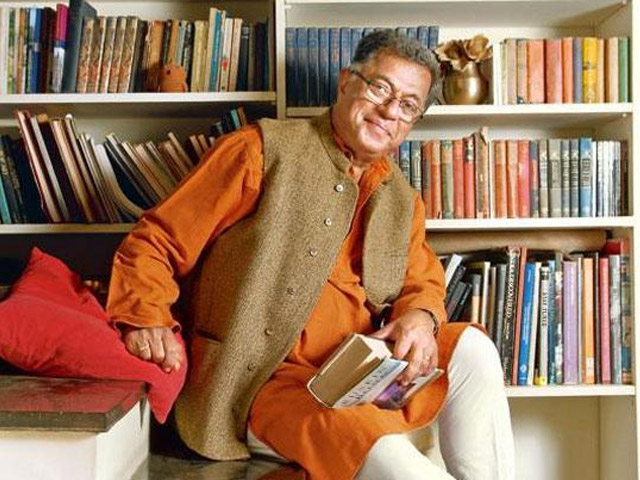 India lost one of its most talented and iconic artists today. The Indian film, play, TV, literature and art in general will forever feel a loss that can never be replaced. Monday morning brought the terrible news of Girish Karnad’s demise due to multiple organ failure at his residence in Vittal Mallya Road, Bengaluru. The loss of this 81-year-old legend of the Indian play industry is so great that whole of India mourns today.
We cannot bring him back but what we can do is honor him by remembering his most notable performers in the Indian creative space.

Iqbal, written by Vipul K Rawal; directed by Nagesh Kukunoor, and produced by Subhash Ghai, was one the best films of its time. Till date, the movie is remembered as of the best in the Indian sports drama category. The film even received the National Film Award for Best Film on Other Social Issues. The story of the film follows an ambitious under-privileged boy (Shreyas Talpade) from a remote Indian village with a dream of playing for the Indian national cricket team.
Girish Karnad played a role of an opportunist cricket coach who chooses to favor a rich boy over Shreyas Talpade. The actor’s portrayal of this character was so good that he received exceptional praise despite having actors like Naseeruddin Shah performing alongside him.

Now, who doesn’t remember the popular Raw Chief and Tiger’s boss “Shenoy sir”. Girish Karnad played the role of “Shenoy sir”, the Indian RAW chief in both the films of this Salman Khan Starrer franchise. The action packed movie shows extraordinary calm and maturity in the character of Shenoy sir which is perfectly depicted by Girish Karnad. The film was directed by Kabir Khan and produced by Aditya Chopra of Yash Raj Films. Apart from Salman Khan, Girish Karnad, it also stars Katrina Kaif in the lead and features Ranvir Shorey, Roshan Seth and Gavie Chahal in supporting roles.

A walk down his artistic endeavors

Girish Karnad started his career almost 6 decades back. Six decades of relentless and meaningful work by him has produced many notable pieces of work. Such special performances include movies like Dor, Pukar, Nishant, Hey Ram and many more. His film “Hey Raam” was chosen as India’s official entry to the Oscars to be considered for nomination in the Best Foreign Film category for the year 2000. Pukar also won two National Awards. The beauty of his performance is that he brings tremendous value to any film he becomes a part of, however big or small the role is.
In his diverse and rich career, Girish Karnad is most prominently known for his amazing worn in the Indian Play industry. He has written several beautiful plays exploring genres such as folklore, mythology and history. He was particularly praised for his ability to pen down pays that perfectly narrate the stories of common men and women. Some of his best plays include Odakalu Bimba (a Kannada monodrama), Taledanda (Kannada play on Lingaytism), The Dreams of Tipu Sultan, and The Fire and The Rain (Mahabharat play). “The Fire and The Rain” was also adapted into a movie “Agni Varsha” starring Amitabh Bachchan, Jackie Shroff, Nagarjuna, and Raveena Tandon.

We extend our deepest condolences to his family and friends. May his soul rest in peace! May God provide strength and wisdom to the Indian creative space to cope with this enormous loss!

What Is The New Challenge Top Celebs Are Going Crazy About?