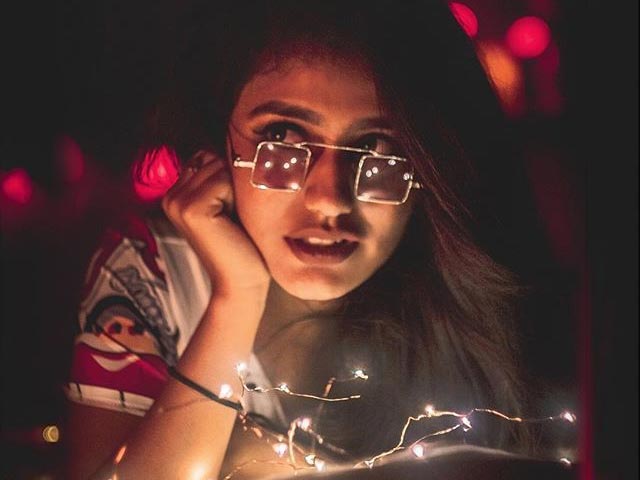 Well, even Priya didn’t anticipate this when she first filmed that wink with her co-actor but it as how it is. Priya Prakash Varrier is soon going to debut in Bollywood with the movie ‘Sridevi Bungalow’ and we are seriously waiting for what Priya has to offer.

But apparently, Priya has already signed her second movie and is going to start shooting soon. This is called a successful debut! Priya’s ‘Sridevi Bungalow’ hasn’t released yet and there seems to be no end to offers for the rising Priya Varrier.

The new movie that Priya has signed has apparently been named ‘Love Hackers’ and it revolves around cyber-crime and privacy issues regarding the internet. The message seems to be powerful and we can only hope that the scripting and Priya’s acting is as powerful as the message of the movie.

The movie is reportedly also based on real-life incidents so it would be thrilling to know who Priya is playing next. The other details of the movie have not been revealed except the movie would have Mayank Prakash Shrivastav as the director.

Shot through the heart ❣ On 14 in cinemas near you!

Priya’s success has been like a fairytale, with a girl who became a sensation overnight. So, we can also expect Priya to work harder and keep her position. With Priya steadily entering Bollywood, the competition is definitely on a good level. In the new movie, Priya would be seen handling a more matured topic of cyber hacking which is totally different from her first Bollywood movie or even, from ‘Oru Adaar Love’, the Malayalam movie which was the mark of Priya’s journey to intense fame overnight. Priya has said that she is looking forward to shooting the movie which will apparently start next month. She has also stated that her character is the protagonist who comes out of a situation being the hero after an intense struggle and faith in oneself. The movie is seriously going to be a great deal. The entire cast is yet to be revealed but with Priya’s name on it, we can definitely expect a stellar cast as well.

Well, we hope ‘Love Hackers’ doesn’t receive any controversy as ‘Sridevi Bungalow’ did. We hope we get to witness the wink again in one of her scenes.

Here’s Why Anushka Sharma Hits A Sixer In Bollywood!