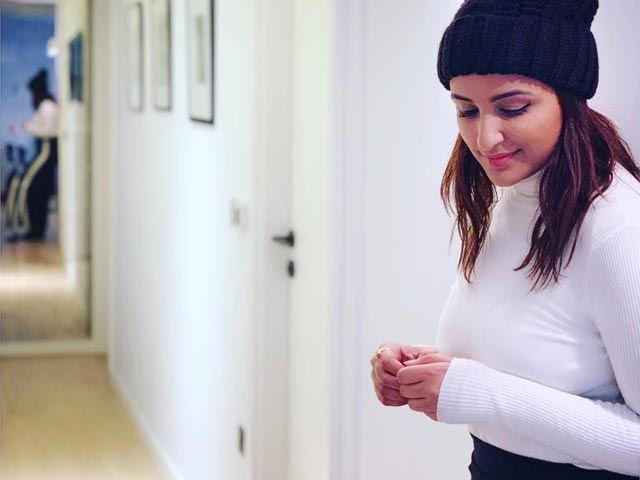 Remember Rachel Watson, the depressed, alcoholic woman, going through the tough phase of infertility and taking relentless train rides? If you cannot recall what we are referring to, it is our favourite thriller movie, The Girl On the Train, the 2016 movie, which featured Emily Blunt, Rebecca Ferguson, and Justin Theroux. The movie was an adaptation from the novel of the same name by Paula Hawkins.

While this was all about the background, we have an exciting piece of news for all the Bollywood buffs. The “talented drama queen” of Bollywood, our very own Parineeti Chopra has added yet another amazing movie to her kitty. She will be seen featuring in the lead role of the remake of the thriller movie, The Girl On The Train. While a lot of people may turn up their noses at the thought of a Hindi remake of an impeccable English movie, the true lovers of Bollywood know better than that.

Parineeti Chopra has proved time and again that she is one of those talented stars of B town who is versatile and hence cannot be stopped by anything. We have been floored by her beautiful performances in movies like Ishaqzaade, Shudh Desi Romance, Meri Pyari Bindu, and Hasee Toh Phasee. Though the movies did not make it big at the box office, Parineeti, the bubbly and pretty actress has left an indelible mark in our heart and we are dying to catch her this time in this thriller role. This is a new step for Parineeti as she had never played such a role before.

Image Credit: Movie – The Girl On The Train

With three different projects to sign this year, Parineeti’s career seems to be at an all-time high, but we are particularly excited for the remake of The Girl On the Train because we would love to see her walk in the shoes of Emily Blunt. It was Jacqueline Fernandez who was selected for the role initially, but it seems like it was Parineeti who was destined to be blessed with this intricate role. Previously, we had seen Parineeti mainly in bubbly and happy go lucky roles, but this will be a breath of fresh air as she plays the role of the troubled Rachel Watson.

The remake of The Girl On The Train will be produced by Reliance Entertainment. The director of the movie is the one who directed the Amitabh Bachchan starrer, Te3n, Ribhu Dasgupta. This is a completely different project for Parineeti because she had never been a part of a complete thriller. There has been no official announcement about the movie yet, but the shooting will start as soon as the director wraps up shooting for his Netflix series, Bard of Blood. We cannot wait to lay our hands on more exciting news about this amazing movie. We are certain that we will love the Hindi version of it as much as we were enthralled by the original English movie.

Parineeti Chopra will be seen very soon in two movies, which are Sandeep Aur Pinky Faraar and Kesari, which will release in March and Jabariya Jodi, which will be releasing in May.

Whether You Like It Or Not, Emraan Hashmi Has Stopped Kissing!