HotFridayTalks
Home Celebrities Nushrat Bharucha Wants You To Know That There Is A Good Side... 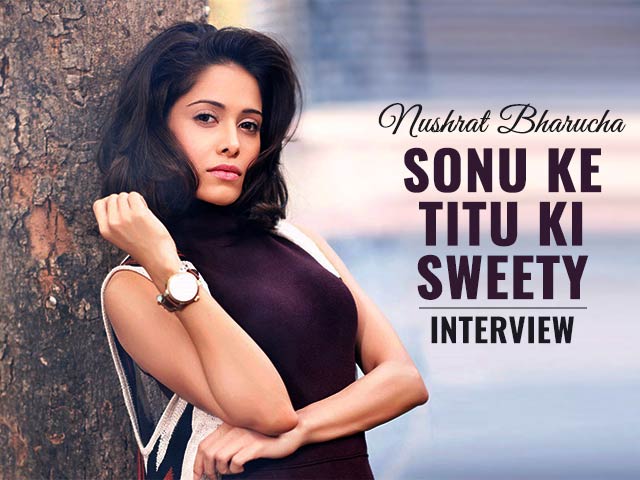 Petit, gorgeous, smart, head on her shoulders and very sure of herself is what best describes Nushrat Bharucha. In an exclusive interview with HFT, she honestly and openly reveals why she has not been doing any other films other than the Pyaar Ka Punchnama franchise and also the kind of films she looks forward to doing. Surprisingly, we speak about everything else other than her upcoming film Sonu Ke Titu Ki Sweety! Read on to know more:

About Not Moving On From The Pyaar Ka Punchnama Team

“I am not choosy about films. I want to do films where I am having fun, running around trees doesn’t make sense to me. I will not enjoy it and will also not be able to get my message across to my audience, so that’s the reason I am not getting the work I want. It’s not like I don’t want to do other films. My films have done good business but I still need to make a name for myself where I am offered different types of cinema. I tried to do two films but that didn’t work, so I might as well work with people I know and people who deliver the product that I am proud of. It’s a challenge to find the kind of films you want to do. But I enjoy what I am doing, we share a comfort level, also I don’t have any offers and I am very open about it. Having said that it is not like I am not getting films I am but it is not the kind of films I would like to do. We come from the same sensibilities, we enjoy this.

About Her Character In Pyaar Ka Punchnama

“In Pyaar Ka Punchnama the girls were portrayed in a different light, girls are actually not like that they do have a good side too but they had to create that effect hence, we were made to behave that way. I”ve had lots of fights and discussions on that with Luv sir, that itself can be made into a film (Laughs!). But on a serious note, he gave me a valid reason saying that he is trying to show what happens when women are bad, what men go through.

“It’s not easy working with Luv Ranjan, he takes long breaks in between the shooting schedules. But having said that, Luv sir takes a lot of efforts to make us feel comfortable. Even before we started shooting. He made us live together literally, he had rented a house for us with a cook and all the works. We had to meet every day for the workshops for 2 hours, then we would go home eat, go for movies etc. and by the end of it we knew each other so well and were very comfortable with each other and that really worked. That way Luv sir also knew which button to push to get is to emote the different scenes because he knew all about our personal lives too. We are one big happy family, we fight we don’t like each other at times. I am closest to Luv sir. I can call him up anytime and talk to, fight, debate, discuss. The fact that you can be that honest on a set gives me so much peace of mind. There is no fear and there is a lot of comfort level so it makes it easier to work that way. I don’t need to think what to say, how to talk, behave etc. with the team so that’s the reason why we keep getting back to his films.”

About Her Character In Sonu Ke Titu Ki Sweety

Revealing very little about her character in Sonu Ke Titu Ki Sweety, Nushrat says, “In this film, I am more normal, more realistic, I am not annoying, dumb. I am like any normal girl.”

About Why Akaash Vani Failed

Akaash Vani was not ahead of its time but I feel we were too small a star for that kind of film.If the same film had been made with a bigger star the film would have done much better. We started with Pyaar Ka Punchnama (PKP) and then we did a drama and people were not ready to accept that. They came in expecting us to be funny like in PKP. I went to watch Akaash Vani with my uncle and aunt and there were some boys sitting in a row behind us and the comments they passed throughout the film is something I will always remember. They were bashing my character left right and center! I was sitting right there listening to all of it and thinking of all the pain we went through to shoot that film and how no one was bothered. All they wanted was to come to the theater and laugh, they had seen me in PKP and probably ca in expecting the same kind of character. It was an eye-opener for me.”

About The Kind Of Films She Would Like To Do

“I would give a leg to do a Highway, Udta Punjab, Dedh Ishqiya, Badlapur the role Varun played with shades of grey. I can’t do just dance and looking pretty and smiling kind of roles. I would say a film like Badlapur or Rockstar might change the mindset people have about me. The range of emotions and the journey that the character takes, makes you feel for that character so people have to start feeling for that character. Right now people are just laughing at me, they need to feel for me, that’s the difference. I feel an emotional film would work for me.

My characters so far are caricatures they are not real people so maybe I would like to do something that is more real. People are still not accepting me as who I am, they still want to see me as the character in PKP so I need to take a break for a bit and only then maybe their mindset will change and then decide what I want to do.”

It won’t be long before this talented girl will be flooded with roles of her choice! We wish her all the best!

Kartik Aryan Is Going Places And Here’s Why