HotFridayTalks
Home Celebrities Niharika and Nawaz are going the Kangana and Hrithik Way? 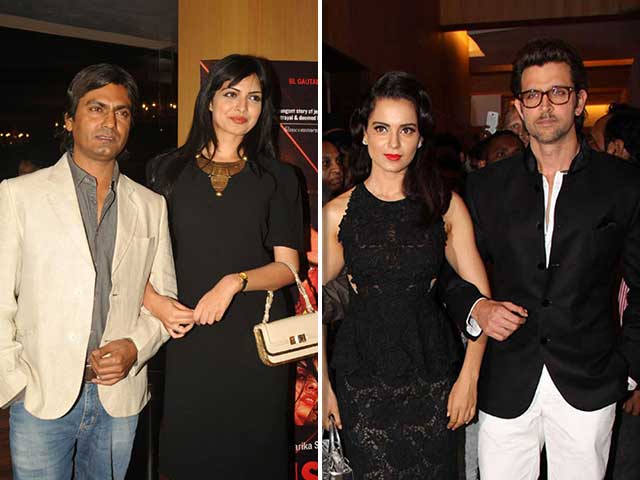 Nawazuddin Siddiqui said a lot about the women in his life, in his memoir An Ordinary Life which he penned with Rituparna Chatterjee. He spoke about every intimate detail that he shared with the women he fell in love with in his life so far.

He shared details about his passionate affair with his Miss Lovely co-star, Niharika Singh, which has not gone down well with her and looks like she has been inspired by Kangana Ranaut in writing an open letter against Nawazuddin. She has accused Nawaz of exploiting and disrespecting a woman only to get more publicity for his book. She states; “He obviously wants to sell his book and it would appear that he is willing to exploit and disrespect a woman just to do so.”

She has not denied about her affair with Nawazuddin but what she is not happy with are the details that he has shared in the book about his affair with her. “Nawaz and I had a brief relationship in 2009 during the making of ‘Miss Lovely’ that lasted less than a few months. So today, when he paints me as a woman in fur enticing him into her bedroom with candles, or desperately calling him and mailing other women on his behalf, I can only laugh,” she says in the statement.

Just like Hrithik accused Kangana of fabricating stories about their affair, in this case, it’s Niharika who is accusing Nawaz of doing the same! In his book, Nawaz has mentioned that he had an affair with Niharika for almost a year, but Niharika says otherwise. She says that their affair was brief and did not last for a year. It was a fleeting relationship that started on the sets of Miss Lovely and ended as quickly according to Niharika. “None of what he has written has been to my knowledge, let alone my consent. It is this very aspect of Nawaz that caused me to end my relationship with him in the first place,” she stated.

She also says while she thinks he’s a brilliant actor, she had hoped that his acting skills would have remained confined only to the screen!

Just when we thought that the ongoing Kangana and Hrithik saga was getting too much to handle, looks like we have to deal with yet another saga; The Nawaz Niharika saga!!