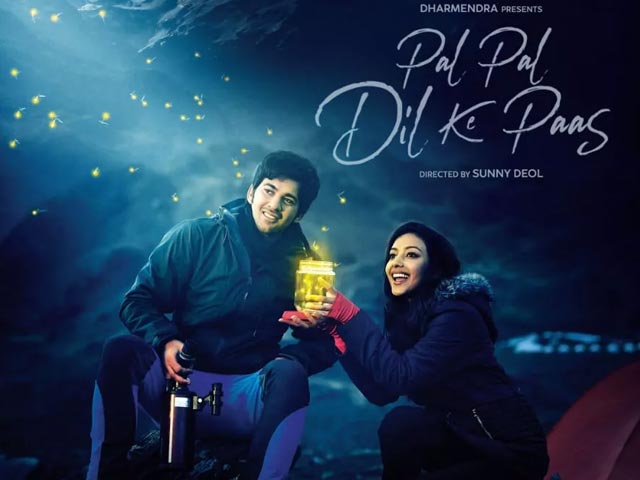 First look poster of the movie ‘Pal Pal Dil Ke Paas’ was released recently and social media was buzzing with excited fans sharing the poster. Actor Sunny Deol’s son Karan Deol and newcomer Saher Bamba starrer Pal Pal Dil Ke Paas is all set to be released on 19 July 2019. Directed by Sunny Deol and produced by Vijayata Films, this is a love story filled with adventures. The film is shot in Manali and in and around Himachal Pradesh. Everyone is curious to know about the lead new pair of the film. Here’s all you need to know about them.

This handsome lad is as good looking as his Punjabi father Sunny Deol. Born on 27 November 1990 in the Deol family, Karan is all set to enter Bollywood. Earlier in his career, he has worked as an assistant director in his Home Productions- Vijeyata Films. Sunny Deol was launched in the movie Betaab by his father Dharmendra and in the same way, Karan is being launched by Sunny Deol in Pal Pal Dil Ke Paas.

Sunny was quoted saying that he is nervous and proud at the same time for his son’s launch in Bollywood. He also said that it is up to him how he takes his career forward in the industry.

Saher Bamba does not belong to any film family. Born in 1999, she is a gorgeous and has a fresh face. She was apparently pursuing her studies in Mumbai when she auditioned for the film. Saher was the Times Fresh Face winner a couple of years ago. This film is definitely a launchpad for this actress.

We hope the debutants slay with their performances in the movie!

All You Need To Know About Chhavi Mittal