HotFridayTalks
Home Celebrities Manushi Chhillar Is Getting Offers From Bollywood 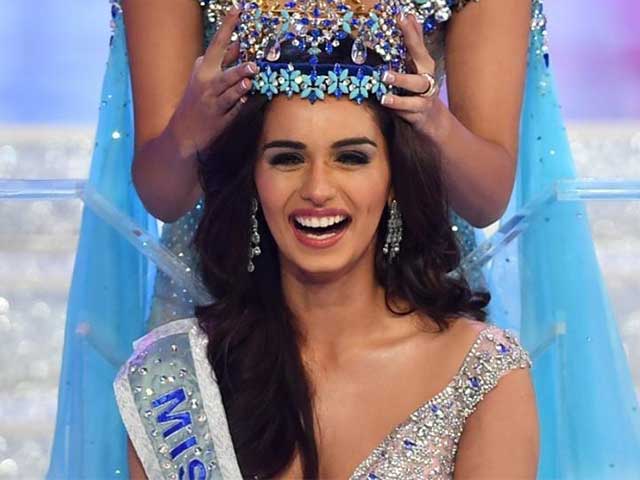 Manushi Chhillar has been ruling the world literally ever since she has been crowned Miss World 2017. She is the most talked about girl in the country and the social media too at the moment. Like with most beauty pageant winners, she has been getting offers from Bollywood too but Manushi has not yet signed the dotted line as yet. She says, “There have been offers from Bollywood but as of now I’ve not really committed to anything. I really want to explore my life as a Miss World and live that moment first. After this one year, I have to complete my education. But I am not really thinking about it. I would never rule out any opportunity completely. I’d be a fool to do that.”

After the reality of her victory had finally sunk in, Manushi watched the clip of her victory a number of times and that’s when she wished that she had given a different reaction to that winning moment. “I won’t deny that I’ve seen the video several times. It still gives me goosebumps. (But) I do wish I had given more lady-like reactions. It was something which came out naturally. Now I like to look at it and laugh,” she says.

Priyanka Chopra won the Miss World crown for India almost 17 years back in 2000. Manushi made the country proud once again and it was her confidence and charm besides her good looks that won her the crown. After the victory, Manushi proved that she not only has the looks but is also witty and sharp. Manushi was in the news over Congress MP Shashi Tharoor’s pun on her surname, which translates into “loose change” in colloquial Hindi. Tharoor wrote; “What a mistake to demonetize our currency! BJP should have realized that Indian cash dominates the globe: look, even our Chhillar has become Miss World.” But Manushi gave a fitting reply to the comment in her tweet, calling it a “tongue-in-cheek remark.”

Exactly @vineetjaintimes agree with you on this. A girl who has just won the World isn’t going to be upset over a tongue-in-cheek remark. ‘Chillar’ talk is just small change – let’s not forget the ‘chill’ within Chhillar 🙂 @ShashiTharoor https://t.co/L5gqMf8hfi

She believes her win will bring focus on Haryana. “There is already so much positive change that has been happening. The khap panchayat in my ancestral village has abolished the practice of firing at weddings.

“I am just a 20-year-old normal girl but knowing that I can do such things, it’s very enriching for me.” For now, Manushi wants to focus on her life as Miss World but she does not rule out the possibility of entering Bollywood.

EXCLUSIVE: Remo D’Souza Clarifies What He Had Actually Said About Race...