HotFridayTalks
Home Celebrities Know What Salman Khan Does When He’s Not Sleeping? 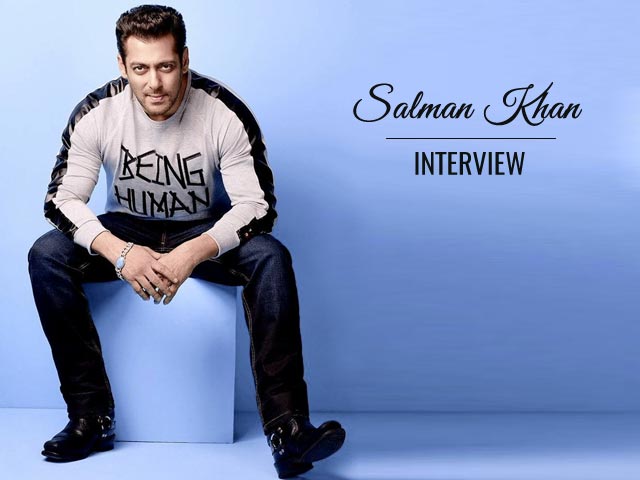 Salman Khan’s Bharat released recently to rave reviews and fans have been thronging the theaters to catch the film. When I ask Salman how he chose to do this film he said, “There is everything from action, thrill, romance, comedy. The film has been shot really well and the canvas is huge but the main reason why this film was done is because of the plot of the film. A nine year old boy has been given this responsibility of taking care of his mother and his three siblings. So from the age of nine until he’s seventy two he’s done everything to see they are together, and they are married, and settled down.”

Salman, then goes on to tell us how he narrated this subject to his friend, director Sooraj Barjatya too. “I narrated this subject to Sooraj Barjatya as well and he gave an amazing suggestion for the love story. But Ali thought it will deviate everything. Bharat has a family, what about the mother, the other kids, what about his relationship and focus on his father etc,” adds Salman

When I remind him that the life of his character in Bharat, is a lot like his own life. Like Bharat, he too is the ‘bada beta’ in his family, and everyone knows that Salman has always been a huge support to his family and close friends. But not many know the humble side of this man who says, “Actually it’s the other way around, they have always supported me. “Well, we know the truth and have seen it first hand too.

No matter how many new actors may come and go, Salman still has one of the biggest fan following in the industry and every film of his creates a buzz. When I ask him what he has to say about it, he says, “God has been kind and my fans too. Also the type of films I do and have been doing are the kind that I have grown up watching and I too have reacted the same way so that’s how I look at it.”

He’s one of those who is known to stay awake late into the night and also works the whole night if his work demands, but he never harps about it. On being questioned about the same, Salman says, “Yes, I don’t sleep nights when I am doing some films, like I did for Bharat too. I might just sleep for about two and a half to three hours. I keep doing things like writing, watch TV. I get very upset when I am watching something on TV and somebody comes and changes the channel. Even things like the ads that go on in Tata Sky, I keep watching them until somebody comes and changes it.What I mean to say is the TV keeps playing there.”

What does Salman like watching as far as the shows and series are concerned on the OTT platforms? “I have this dangerous habit, where I sometimes finish maybe around four seasons in one sitting! I stopped watching GOT after the fourth episode because there was a break so I didn’t continue. Maybe I will start it again. I just finished Vikings, which I thought was amazing, Taboo, Arrow etc. I like watching period stuff , I watched the Peaky Blinders which I thought was outstanding.I want to watch Money Heist now.The fun part is even if I know the ending of the film, I will still watch it. My sisters have watched GOT and they keep pulling my leg and giving me spoilers, things like who dies etc. but it doesn’t make a difference to me, I will still watch it.”

In his recently released hit, Bharat, there is a scene where Katrina asks him to marry her, so obviously the next question is one that everyone has been keen to know ; Has any girl ever come up to him in real life and asked him the same? (Smiles ) He jokes and says, “So far no. But yes, they have asked me for a candle light dinner. I feel very sad that I have not been asked to marry them by any girl.”

At an interview, Akshay Kumar told us that he would continue to be an action hero till he turns about 56 years old, so I ask Salman what he feels about himself and how long he would like to do those highly charged actions in his films. To which Salman confidently replies with a coy smile, “I see myself doing it for the next few years like 30-35 years!”

Inshallah! We hope he does do that, and we did get a glimpse of him do that at 70, in his recently released Bharat didn’t we?

Akshay Kumar Is Not The Only One Playing Prithviraj Chauhan